In film industry everyone wants to be work with King Khan SRK. Thousands of actors always looking for this kind of chance, and when they get, they feel very thrilling about working in the film. But it seems like Bollywood young actor Varun Dhawan is not a big fan of Shahrukh Khan.

ABCD 2 actor Varun has traveled to Bulgaria to join Rohit Shetty, Shahrukh Khan and Kajol on the set of Dilwale Movie. Furthermore, we hear that Varun was super excited to join the team, especially his favorite character from B-town. What do you think who will be that? No it’s not SRK and not even Kajol and Kriti Sanon. Let you know guys Varun was excited to meet renowned comedian and actor, who is none other than Johnny Lever.

We also going to know that, Varun is such a big fan of the Johnny Lever. Whenever this duo gets a free time, they always looks busy in mimicking people. As we all know Johnny is known as ‘King of Comedy’ and when it comes to mimicry, he is fantastic. 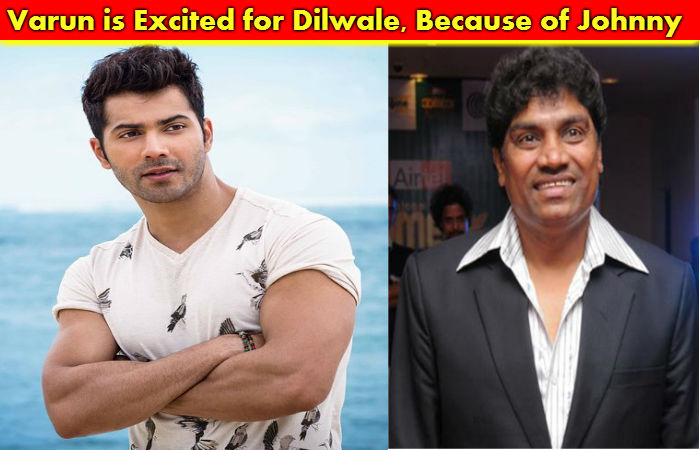 According to some source; “Many might feel that Varun is eager to work with Shahrukh, he’s of course. But for him the real star on Dilwale sets is Johny Lever. He adores Johny and and is often seen spending his free time with the actor.”

Dilwale is a comedy movie directed by Rohit Shetty. The film features Varun Dhawan, Shahrukh Khan, Kajol, and Kriti Sanon in lead roles. The movie is set to release on December of this year. See related news here
Prev article