The young and dynamic actor Varun Dhawan is the first choice of the youngster, is on the roll.

The actor called as young Govinda and he happily accepted the compliment, but on another hand, when the Varun was compared with superstar Salman Khan, he did not like the comparison. Shocked!

As it is for the first time in Bollywood people are comparing some actor with Bhaijaan.

The Dishoom actor is not happy with the comparison and said it’s wrong to compare himself with Salman Khan.

Varun Dhawan Says as he made an entry in Bollywood, people praised him for the same as handsome hunk feels and the looks of Salman Khan. 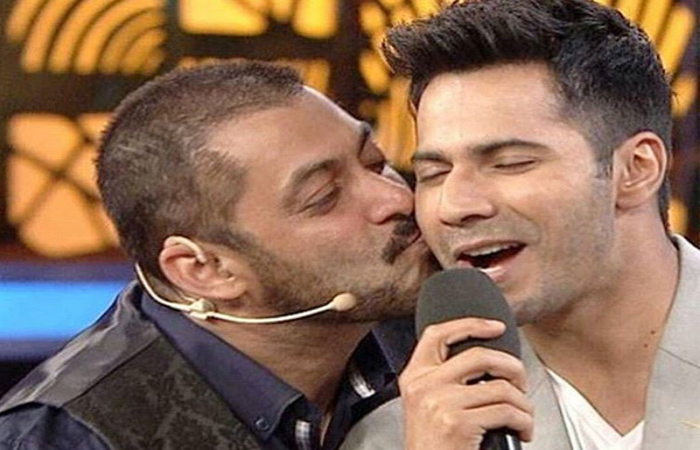 In the latest interview, for the same question, Varun Dhawan spoke for the comparison.

“I am used to comparisons now. It doesn’t matter. I am just seven films old. So, how can I be compared to a superstar? Whoever is comparing us is wrong. They should be like, “Yeh bachcha hai aur Salman superstar hai (He is a kid and Salman is a superstar).” How can you compare? Actually, it was Salman Bhai who laughed, and told me, “You better act properly because they will compare you to me.”

Though Varun Dhawan shares a great bond with Bhaijaan. He is a huge fan of Salman since childhood. Guys, you will be surprised to know Varun is set to play the lead role in Judwaa 2. Isn’t is exciting...

Currently, Varun Dhawan is basking in the success of ‘Dishoom.’