The reality show couple Karishma Tanna and Upen Patel is well-known to take their relationship national. In Bigg Boss, we saw the two falling for each other and coming closer as well, now the two have broken all the bonds and committing each other!

Yes, Upen finally proposed Karishma in the reality dance show Nach Baliye 7, in fultoo filmy style. Yes, not just the actor went on his knees for his baliye but he also brought many cutie kids and placards with the written note, Marry Him! That was just a perfect Awww movement for the audience and the judges as well.

Upen Come on His Knees for Karishma Tanna! 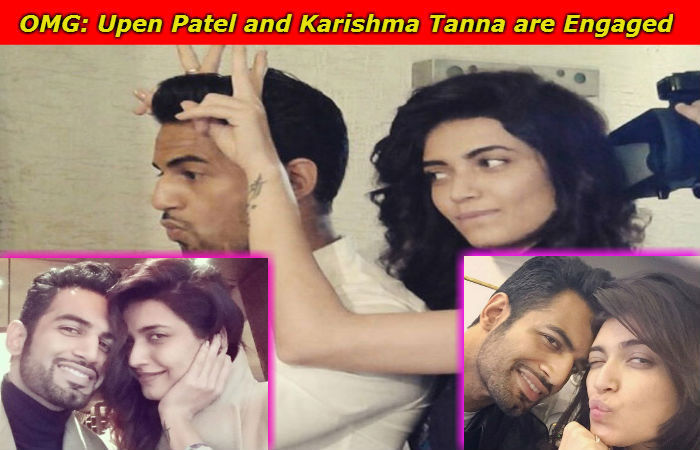 After their oh-so-cute performance on the song Sajde Mein Yun…, Upen Patel come up with his cute surprise for his lady love. Amid a lot of kids, who surrounded Karishma with placards, audiences holding the placards, Upen proposed Karishma! The self-centric lass from BB7 house, was seen overwhelm with his proposal and accepted the same. In addition, post Upen put the ring in Karishma’s finger; the two are finally engaged now!

The Strongest Yet the Most Hated Couple in Nach Baliye 7: Karishma-Upen!

Well though we agree that it was an awww movement however if all things are to be considered, then do you feel this is a stunt more for the real than real? There are many who believe them to be attention-grabbers and whatsoever they do- a popularity stunt. We just hope this isn’t another cheap tactic and the two stick to their commitment. 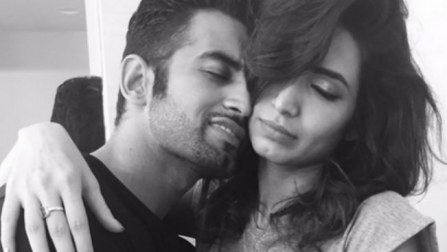 Well if the insights of the show are to be believed then along with being a strong couple, Karishma Tanna  and Upen Patel are the most hated couple on the show. The two apparently have an air about themselves!

Would Gopi Manage to Survive in Saath Nibhana Saathiya?