A huge round of applause for the lady bindaas attitude Kareena Kapoor Khan,which made us her Jabra Fan! Well, you all must wondering what I am speaking about.

So here I go Udta Punjab trailer is out which left us speechless but the most amazing and impressive other than trailer is all about ex flames Shahid amd Kareena. It had become the masala talk of the town obviously because it was the first time after a long period of time when the Ex Jodi sharing the stage together.

We all were expecting too much of drama! But guess what? It was all cool and bindass attitude of Bebo made all fire settle down.

From the beginning of the press conference, Bebo was set all cool and didn’t show any sign that once Shahid was her boyfriend. She very well knew that all the eyes were on Shahid Kapoor and her but she hardly cared and very smartly and happily she placed and spoke to Alia Bhatt on the stage. On the other hand, our Shaandaar Jodi looked a bit uncomfortable and throughout the the conference Shahid was trying to escape an eye to eye contact with his ex ladylove.

You Will be Jabra Fan of Kareena Kapoor After Reading This

When the media ask Shahid that how was it working with Kareena after a long time Shahid tried to intimidate the jurno by saying,

“What do you want to ask and which two actors you’re talking about, We are four here, take the names and ask”.

Soon Kareena came to the journo’s and said,

“He is scared Shahid that you will freak him out”.

The actor didn’t react to Kareena’s statement or just say he ignored it. He answered a journalist;”

If you’re trying to ask about me and Kareena, so let me tell you I and Kareena don’t have a scene together. We enjoyed working on different day without each other”.

Soon another journo asked Shahid and Kareena a question this time directly addressing them, and seems like Shahid was all prepared to give it back this time too. He wittily said,

“Tujhme himmat hai, (You have the guts) you are a brave gentlemen”. He was snapping pretty often!

The media asked if they will work again as after Jab We Met, the fans are eagerly waiting to watch them again on screen to which Bebo replied smartly,

"The Jab We Met DVDs are available “.

The journo probed further if they would like to work in a Jab We Met sequel and Kareena once again hit the sixer with her answer.

“Now that only Imtiaz Ali can answer it, hai na Shahid ”

The latter being at his wittiest best said,

” Agar banani hoti toh kabka bana leta. (If he wanted to make the sequel, he could have it made by now) I think Imtiaz has moved on “

This is the only time he makes an eye contact with Bebo.

In the whole conference media photographers tried their best to capture Ex fames Shahid and Bebo together in a frame, for a million photo. Finally, both were clicked together without Alia Bhatt in between! You can see the awkwardness right there

Wondering, why Shahid was being so cagey about standing next to Kareena because the actress didn’t show any sign of discomfort at all! 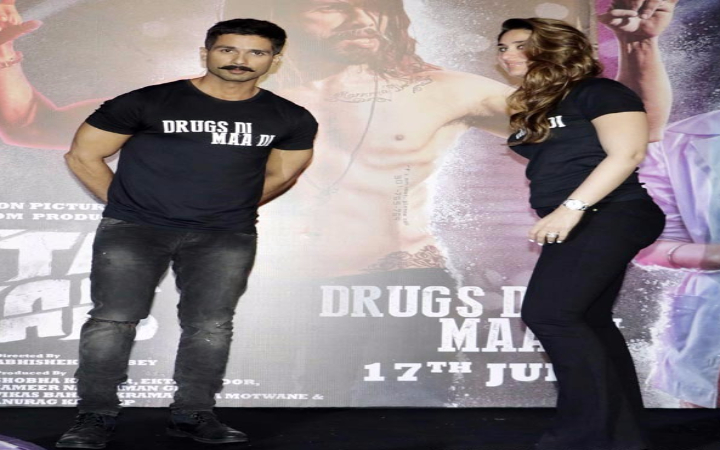 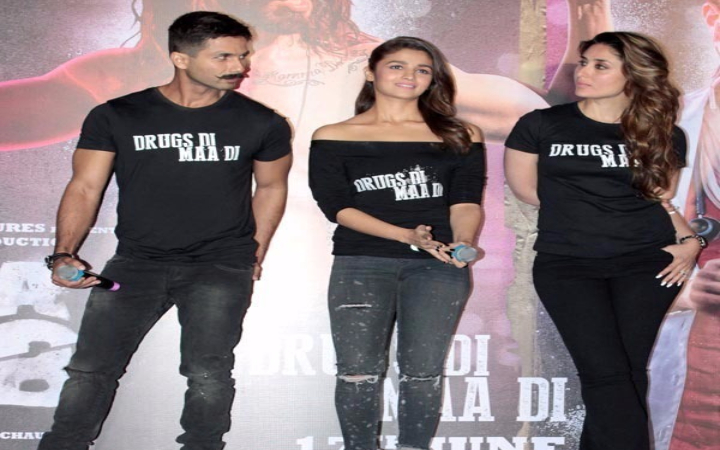 The Jungle Book Out Breaking Records on Box office!