Here’s a list of 89 ‘cuts’ that censor boards wanted to be deleted from the movie, some of which might actually give you a shock. The star cast of the movie Shahid Kapoor, Alia Bhatt, Kareena Kapoor Khan and Diljit Dosanjh delivers how youth in Punjab have succumbed to drugs. 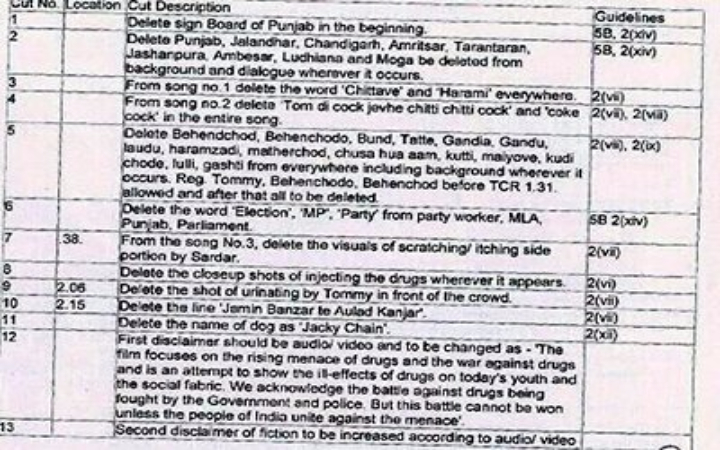 Recently, the talks running about deleting ‘Punjab’ from the movie title ‘Udta Punjab’.

From the source, it has been revealed that the CEO of CBFC Mr. Pahlaj Nihalani said -

“We have NEVER objected to ‘Punjab’ being cut, but yes we WANT ‘Punjab’ cut from a few places within the film,” he said in an interview. He further says, “The film carries a disclaimer that it’s a fictional story, then why have they focussed so strongly on Punjab?”

“Anurag calls me a dictator. Has he ever met me in his life? His views on me are simply based on hearsay. Ditto for me when I said that he has taken money from the AAP. When Anurag Kashayap is accused of taking bribe from leader of Aam Admi Party Arvind Kejriwal  for showing Punjab in negative image.

Eagerly waiting to see Shahid Kapoor as Tommy Singh in the movie.  As of now, ‘Udta Punjab’ will hit the theaters on the 17th of June,2016.