The teaser of much awaited Karan Johar’s movie “Ungli” is finally out on video streaming website YouTube. Starring Emraan Hashmi, Randeep Hooda, Kangana Ranaut, Angad Bedi, Neil Bhoopalam and Sanjay Dutt, the comedy drama movie directed by Rensil D'Silva promises to explore a different territory which you would have not expected from Dharma Productions earlier. The movie was earlier expected to release somewhere in May, but was postponed for avoding clash with 'Heropanti'. Now Karan’s “Ungli” is scheduled to release on November 28 this year.

The edgy and gripping trailer of the movie features five friends who decide to take matters into their own hands and fight against corruption with a motto “to show them the middle finger”. Karan Johar too admits that the movie is centralized on a total different subject which he hadn’t explored prior. 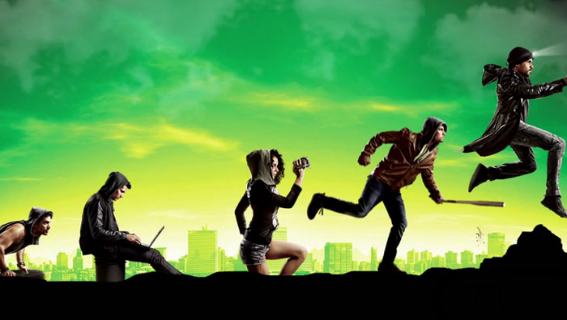 “Ungli is new territory for us. It has a very different plot from the kind of subjects we have explored in the past. Rensil D'Silva has put his heart and soul into this one." said the producer.  The movie has a lot of exciting feature including the character of Sanjay Dutta and the item number of Shraddha Kapoor.

Sanjay Dutta would be seen playing a highlight character of a cop in the movie who strategizes to trap the 'Ungli' gang. Well as per the trailer of Karan’s upcoming release, the movie seems to be a promising one.  Encompassing a leading star cast including Kangna, Sanjay and Emramm, it would be interesting to see how well the movie would be able to do on the big screen.

I Was Not Much Fashionable in Childhood: Alia Bhatt