“Queen Of Television” Ekta Kapoor and ALTBalaji are all set to entertain the viewers with another interesting web series ‘Hum I’m Because Of Us’ that stars handsome hunk Kushal Tandon, actress Ridhima Pandit, and Karishma Sharma.

On Wednesday, ALT Balaji unveiled the trailer of 'Hum I’m Because Of Us’. Apparently, the show is about three 'ordinary' sisters - Devina, Isha and Sakshi and a businessman. It's all about love, relationship, and affairs! 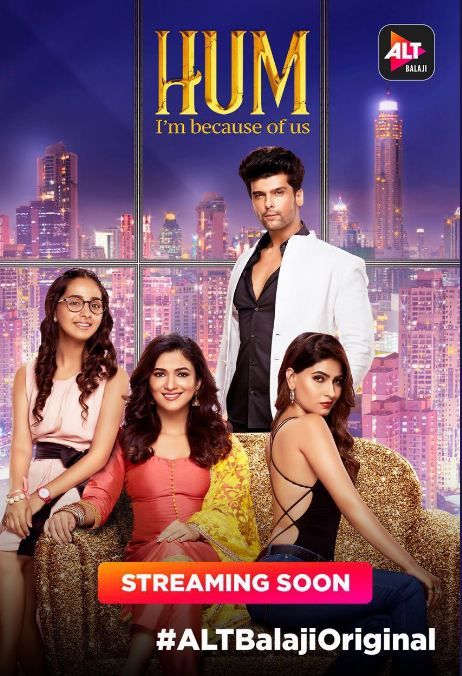 Other actors like Satyajeet Sharma and Payal Bhojwani are in pivotal roles.

The web series is all about the strong bond between the three sisters and how their individual dreams and ambitions change their relationship forever. In the show, Ridhima is playing Devina, a simple girl who has a responsibility towards her family, on the other hand, Karishma is playing Isha who is a modern girl. Also, Kushal Tandon is playing a role of businessman, a shy and soft-spoken guy who is a passionate lover.

This is Karishma’s second association with ALTBalaji, while on the other hand, Kushal and Ridhima are making their web series debut with this show. The show is directed by Parth Mitra and will stream on the website from 30 July 2018.

Well, the end of the trailer is really interesting. It is shown that the sisters get everything they need, but the question is whether they are happy or not. The caption is based on 'Be Careful What You Wish For, You Might Just Get'!

Akshay Kumar’s Crazy Song ‘Chad Gayi Hai’ From The Movie ‘Gold’ Is Out!

Sonali Bendre Has Chopped Her Hair, Possibly Due To Chemotherapy Treatment