Much-acclaimed post-apocalyptic American drama series 'The Last Ship' has unveiled its poster and trailer. Produced by Platinum Dunes, the series is based on William Brinkley’s novel of the same name. Just as the first season of the series that managed to gain across 14.5 million viewers, The Last Ship Trailer also reveals that the action will go sky-high this time.

The Last Ship Poster depicts a small girl standing on the wreckage, waiting for someone to save her, while a ship would be seen emerging. Starring Adam Baldwin , Charles Parnell, Travis Van Winkle, Christina Elmore, Jocko Sims and Rhona Mitra, The Last Ship Season 2 would premier on June 22, 2015. 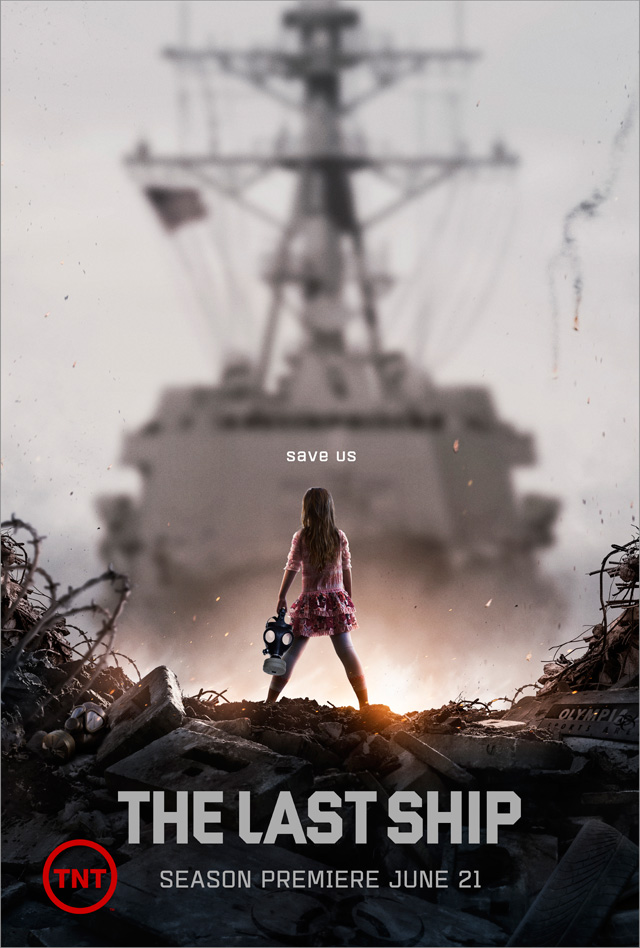 You may also like: Quantico First Look: Cop Priyanka Chopra in a Rugged Avatar!

The Last Ship Trailer – Action and Thrill to Further Escalate!

Get more updates about The Last Ship from Hollywood News.