The Jungle Book’s debutant Neel Sethi, the young boy who plays Mowgli, the child who was abandoned in the jungle as a baby and raised by wolves and a friendly panther. Directed by Jon Favreau. His character Mowgli has been so loved by audience of all age group the talking animals impressed the audience not just by critics but also by putting him on the map.

Working with some famous big personalities like Ben Kingsley, Idris Elba, Lupita Nyong’o,  Bill Murray, Scarlett Johansson and Christopher Walken the movie created such a massive impact in India that already it has gained several accomplishments!

The film has already raked about 74 crores in its first 7 days, which is quite a big accomplishment for any Hollywood film and it all set to earn more about 100 crores in next three days, as it will now compete with Shahrukh Khan’s Fan! Film is gaining both good reviews and attention,

The successes is not the only reason for the film, the makers have a lot of other reasons to celebrate.

Breaking Records of The Movie, The Jungle Book! 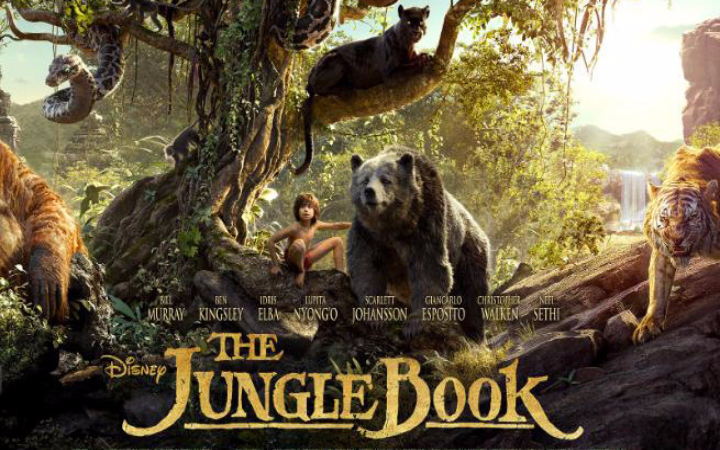 The film received immense response on day 1; courtesy Gudi Padwa made the day for the film. When people had offs in India that resulted a lot people choosing to watch The Jungle Book.

Biggest Weekend For Any Hollywood Film!

All over Mowgli’s magic has worked no wonder people enjoyed their weekend with Mowgli on first Saturday where the film raked Rs 13.51 cores.

While The Jungle Book managed to beat several Bollywood film record but fails in breaking Akshay’s Airlift earnings. The film stands in the second position.

Sunday for any Hollywood Film!

An overall analysis and reports suggest that the film has managed to be at the top with Sunday performance at box office.

Although it was the third biggest day in the Hollywood films genre with Avengers, Age of Ultron and Fast and Furious 7 leading the list, The Jungle Book again managed to move a step ahead and gained second position.

An 8.51 crore on day 9 at the Indian box office and break all records, The Jungle Book came along! And guess what? It’s the biggest successes of this year.

Awkward Moment at the Trailer Launch of Udta Punjab!