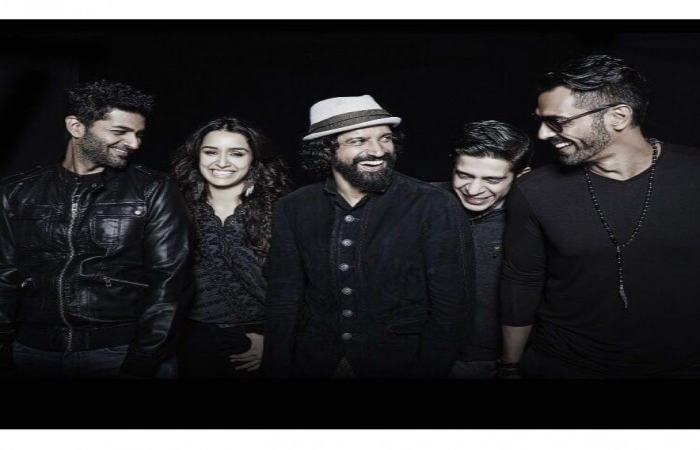 After the rocking hit song JAAGO from Rock on 2 the maker of the film has revealed another track titled “Tere Mere Dil” grooving their fans.

The song is sung by the young versatile actress of Bollywood Shraddha Kapoor and the music is composed by Shankar- Ehsaan and the lyrics are penned down by Javed Akhtar.

Shraddha Kapoor, the actress came back in her old love character ‘Aarohi’ as a singer in Aashiqui 2. The actress impresses her fans again with her melodious voice with her new song “Tere Mere Dil”

After, Teri Galiyan from Ek Villan and recently ‘Sab Tera’ from Baaghi. Shraddha lent her voice in her upcoming film Rock on 2 in several songs. The filmmakers have revealed the very first song in her voice “Tere Mere Dil” is out now! The beautiful actress has crooned it rather more beautifully. CHECKOUT!!!

Shraddha Kapoor is very excited for the release of the track... see her twitter posts

In the video you will see Shraddha Kapoor and Farhan Akhtar showcasing their love – hate relationship. The expectation from the movie is bit higher than ROCK ON.

Till then listen the new track from Rock on 2 - “Tere Mere Dil” and give your opinion below in comment box.

Ranbir Kapoor Says “Love Is A Magical Addiction to Me…”

How Did Angelina Jolie & Brad Pitt Divide Their $400 million?