The first poster of the upcoming Bollywood movie ‘Tanu weds Manu Returns’ is released on Kangana Ranaut’s birthday. The romantic comedy movie features the B-Town actors Kangana Ranaut and R Madhavan in the main roles. The movie is directed by Aanand L Rai and written by Himanshu Sharma.

Tanu weds Manu Returns is the sequel of 2011 super duper hit Aanand L Rai’s movie ‘Tanu Weds Manu’. The new poster of the upcoming Bollywood movie features the actress Kangana in a double role, one as a tomboy and another as a meek bride. And the actor Madhavan is sitting in the middle wearing wedding clothes.

You may also like: Kangana Ranaut’s Tanu Weds Manu Returns Gets Preponed

The beautiful actress Kangana revealed that it was Aanand L Rai’s idea to launch the first poster on her birthday.

“Releasing the film's motion poster on my birthday is merely a co-incidence. The film was supposed to release in July but Aanand decided to release it by May end now. It was Aanand's decision to release the first look today and celebrate my birthday with you all as we are shooting it here." 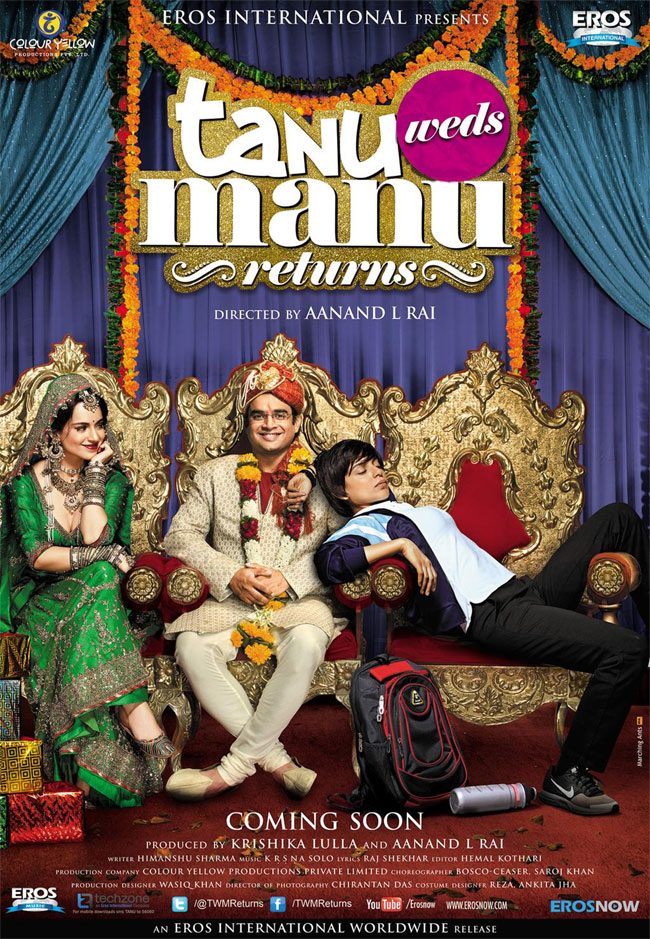