R Madhavan and Queen Kangana Ranaut’s second outing, Tanu Weds Manu Returns movie managed to impress the critics and fans alike and now is doing an outstanding job on the box office as well. The movie opened with a smashing figure! If you are keen to know what the much-anticipated second installment cope up  to gather on the silver screens, then we are here with Tanu Weds Manu Returns box office collection!

On the very first day of its release, the film opened up with approx 8.75 crore on the box office, which is in-fact an excellent take amid the other movies of the year. There has been a downfall on the box office since the inception of this year with heaps of dud films, that didn’t managed to impress the audiences however Piku has proved to the account opener and now the second to hit the list is Tanu Weds Manu Returns! 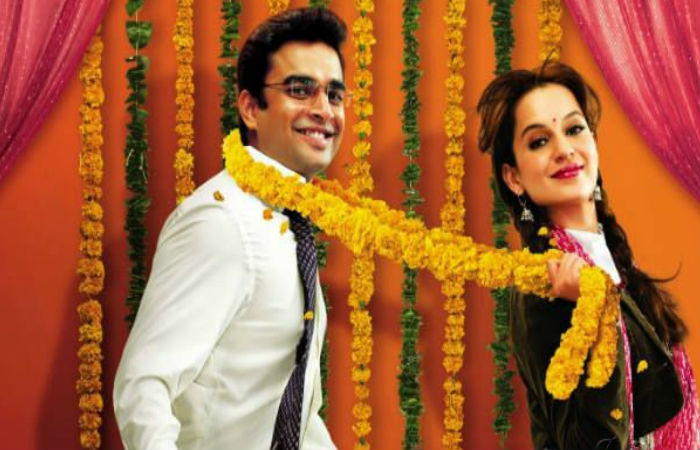 On the second day, i.e. Saturday the biz of the film encountered yet another huge step up owing the strong word of mouth and build brand value of the film, gathering 13.10 crores, marking at total sum of 21.85 crores on two days of its release.

We all know, only one Kangana is profusion on screen to break the records, and where there is twofold dose of the Queen than how can be a film go awry. Intriguing concept, quirky Tanu Weds Manu Returns songs, Kangana’s character Datto and the funny bone of the film, helped Ananad L. Rai’s film be become another grosser on the big screen.

Only as much as the domestic box office collection is concerned, the film with approx 36 crores assortment has made steps towards Akshay Kumar ‘Baby’, which happens to be the biggest grosser with 35 crores on its first weekend. Tanu Weds Manu Returns box office collection on the third and the last day of its first weekend, was noted to be 15 crores. Thought the Sunday collection was thought to be affected by final of IPL T20 match however , the film stood strong on the show biz front on the last day of the weekend as well.

Created with average production cost of approx 35-40 crores, the film seamlessly heaved all its cost in the first weekend of its release, just by the domestic market. This is just not enough, the film also marked the hat-trick of director Anand L. Rai, who has given three back to back hits two from the series along with Raanjhanaa.

This was all about Tanu Weds Manu Returns movie’s first weekend collection, let see what is rest, and would Kangana’s latest take manage to become the highest grosser, breaking all the records?