Television star turned Bollywood actor Sushant Singh Rajput is apparently having a stroke of luck these days. Much recently, the Kai Po Che fame was seen in the blockbuster hit ‘PK’. Not just this, the 29 year old even have Detective Byomkesh Bakshi along with Mahendra Singh Dhoni’s biopic in his kitty.

Lately, the ‘PK’ actor and ‘The Shaukeens’ actress Lisa Haydon underwent a photoshoot for a fashion magazine, and believe us the two literary set the milieu on fire. The duo was seen pompous donning elaborated retro outfits, striking some authentic poses, increasing the oomph factor.

You may also like: Lisa Haydon on Cover of Cosmopolitan India Magazine 2015

Here is Sushant Singh Rajput for the First Time in ‘70s Look!

The hot chemistry between Sushant Singh Rajput & Lisa Haydon was visible in every pic of the romantic shoot, and if the latest rumors are to be believed then supposedly they could be seen together in a movie as well. The Monochrome pics of the ‘70s inspired photoshoot looks appealing and brings out the feel and mode of romance of the bygone era. 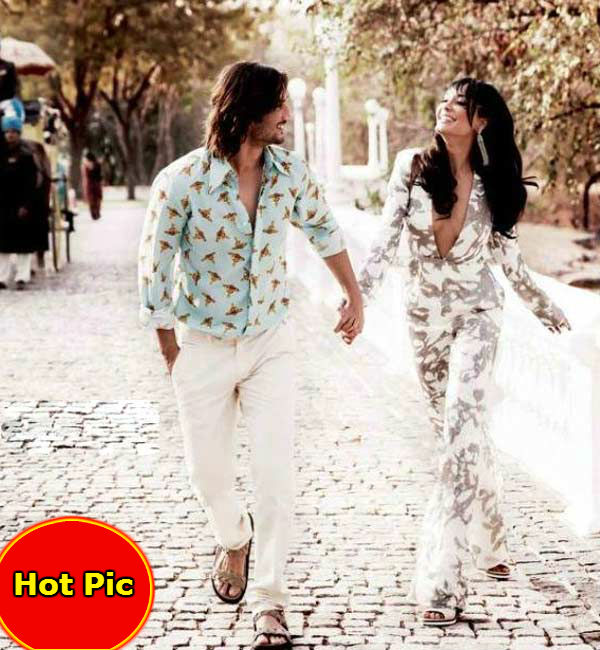 The ’70s inspired photo-shoot is mostly in monochrome with the two actors wearing rather elaborate and retro outfits. The couple depict ’70s “mood for love” and “embrace the decade’s wild at heart attitude” in the romantic photo-shoot, asserts the fashion magazine.

Get more updates about Sushant Singh Rajput from Bollywood News.

Yeh Hai Mohabbatein: What Would Raman-Ishita Choose, Ruhi or Adi?