The beautiful hot actress ‘Sunny Leone’ is famous in Bollywood industry for her bold nature. Hot and bold Bollywood actress Sunny Leone will soon be seen in the upcoming film ‘One Night Stand’.

The upcoming Bollywood movie ‘One Night Stand’ is Directed by Jasmine D’Souza and movie features Sunny Leone with Tanuj Virwani. The movie is going to hit cinemas in the New Year 2015.

You may also like: OMG: Sunny Leone Dated with 100 Men at Once!

“I have had a one-night stand. Who hasn’t? If they tell you they haven’t, they are lying. But it was when I was single. I cannot have one now and I will never have one in my life because I have what I always wanted. A husband who loves me very much,”

said by bold diva when someone asked her to considered one night stand as moral rights. 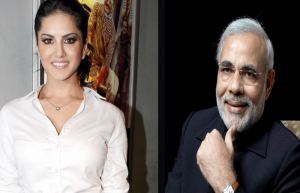 "I want Narendra Modi to make a resolution for all the NRIs this year. The international community has been interacting quite well with him. His 2015 resolution should be to make it easy for NRIs like myself to do business in India,"