Remake of Bollywood actor Sunny Deol’s superhit film ‘Ghayal’ has already gone on floors and the actor has recently started shooting for 'Ghayal Returns' too. Sunny Deol itself directs the movie!

The Saif Ali Khan sister, Soha Ali Khan would be seen playing a pivotal role in the film with Sunny Deol. According to rumors she is not having a lead role but she is playing an important role in this film.

'Ghayal' will reprise his role as Ajay Mehra in the sequel. The sequel is apparently titled as 'Ghayal' Once Again. Dressed in an ink blue shirt and denims Sunny Deol was recently seen shooting an action sequence in a street of Mumbai.

You may also like: Soha Ali Khan Getting Married To Kunal Khemu on January 25? 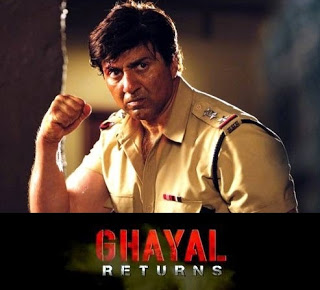 Sunny was last seen on the silver screen in Dishkiyaoon, in which he played a role of a gangster. In this film, the tough guy Sunny will play the role of an encounter specialist the film will take off from where Ghayal ended.

"There's no heroine as such. And Soha is not the leading lady but has an important role in the film. Besides Soha about six new kids who Sunny had auditioned from various schools and colleges will be part of the film. They are in the age group of 12-14 years. Ghayal Returns is set in Mumbai and the entire film will be shot in the city, primarily on the streets."

get more about Ghayal Returns from Bollywood News.
Prev article