The Spruced charm of the Bollywood Sidharth Malhotra sizzles on the cover page of Stardust Magazine for their August 2015 edition. On the cover the lassies crush Sid is looking cuter with daffy style and expressions. With the silly gestures of the face Sid always look dapper, but Sid fans you will see his contrary look in his upcoming film Brothers with Khiladi Kumar.

The handsome hunk of the B-town Sidharth continuously impresses his fans while narrating the different avatars in the movie. He was last seen with Shraddha Kapoor in ‘Ek Tha Villain’ there we have watched his harsh look before that Sidharth has played the role of  a sporty guy in ‘Student of the Year’.

Sidharth Malhotra on the cover page has dressed up with red hot colour shirt with a snappy jacket with a zip on it. The messy hairdo with the sleepy expressions and the hands of the racy darlings grabbled on the face is making his look more teasing one. 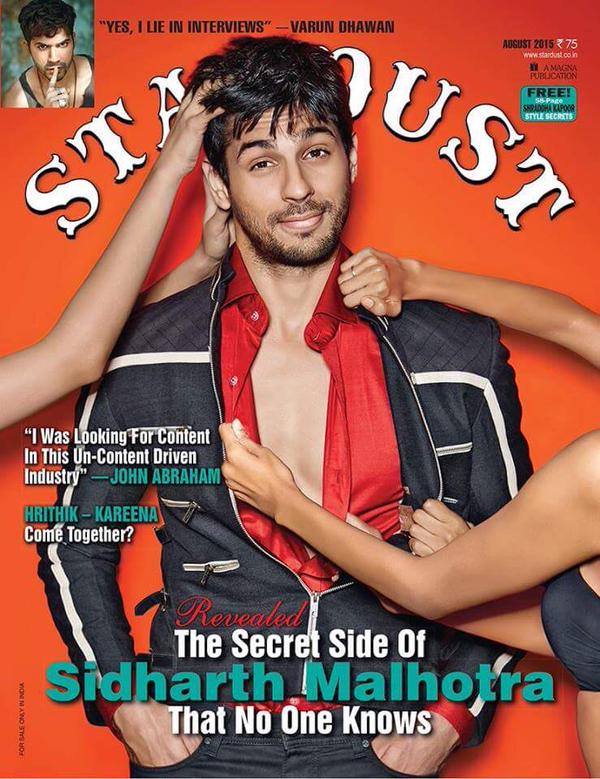 If you are Sid fans than this is an amazing opportunity to know about his secrets, inside pages of Stardust Magazine covers the strong passwords of this B-town actor.