The much acclaimed romantic drama blockbuster from 1995, ‘Dilwale Dulhania Le Jayenge’ (DDLJ) is going to complete its 1000 weeks on December 12, 2014.

Celebration of 1000 Constant Weeks for DDLJ

As we have told you earlier that the film is running at Maratha Mandir since 20 long years, consequently on 12 December, the film is going to celebrate the completion of its 1000 weeks of success. 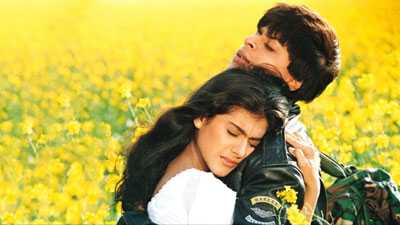 Shah Rukh and Kajol on Comedy Nights With Kapil

Interestingly Shahrukh Khan and Kajol, the much loved Jodi from DDLJ, is going to celebrate their grand success on Kapil’s show, ‘Comedy Nights with Kapil’.  Yes you read that right! Shahrukh Khan and Kajol, are going to make an appearance in Kapil’s show for the auspicious occasion. The shooting for the episode is said to take place on November 20.

"The duo plan to shoot on November 30 at Film City. They will talk about the film and share their memories" quoted a source close to the show.