Famous B-Town actors Salman Khan and Shahrukh Khan have been constantly trying to grab auspicious occasion of Eid for their releases, for past few years. And now in 2015 King Khan (Shah Rukh Khan) will be seen on the big screen.

Earlier it was Shahrukh Khan’s Raees that was scheduled to release on the auspicious festival of Eid. But now according to reports, it has been decided by Yash Raj Films that SRK starrer ‘Fan’ will go in theaters on Eid 2015. However the makers of the film organized a puja to kick off the shooting schedule.

Originally, the upcoming movie 'Fan' was slated to release on 14th August. But recently Yash Raj Films declared the movie has been delayed. Also the shooting of the movie is yet to be finish because Shah Rukh plays double role in the movie.

You may also like: Shah Rukh’s Flick ‘Fan’ gets Postponed and Replace by ‘Brothers’! 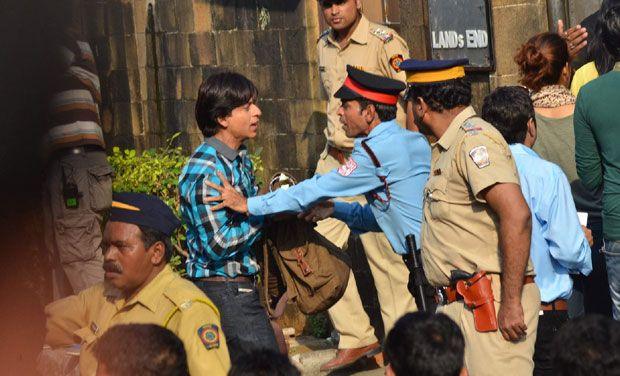 “We’re trying to attempt something really different and new with Fan.”

That’s the reason behind the delay of the film. Independence Day is taken by upcoming movie of Dharma Production ‘Brothers’ which features Sidharth Malhotra and the well know actor Akshay Kumar.

This means that forthcoming SRK starrer Fan would release on the occasion of Bakri-Eid on 23rd September 2015.

A source said that-

“The other holidays or festival release dates are already booked by other stars. None of the other holiday dates were free — be it Eid, Diwali, Gandhi Jayanti or Christmas. It was only Bakri-Eid which gave Fan a window for a proper holiday release. Else, the team would have had to shift the film to 2016 — something SRK did not want.”

23rd September is Wednesday and that will allow the movie a 5 day weekend to strike the box office. Salman Khan’s upcoming movie ‘Bajrangi Bhaijaan’ has already booked the Eid-ul-Fitr occasion to hit the silver screen.

Get more updates about Shahrukh Khan from Bollywood News.