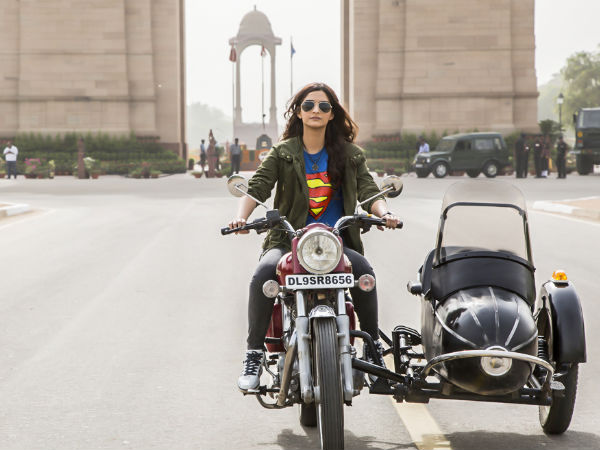 In one pick Sonam looks extremely sexy on bike wearing green jacket and blue color superman t-shirt along with Dabang style sunglasses. While in another pic Sonam kapoor’s rough and tough look with black leather jacket is giving complex to all the bike riders. 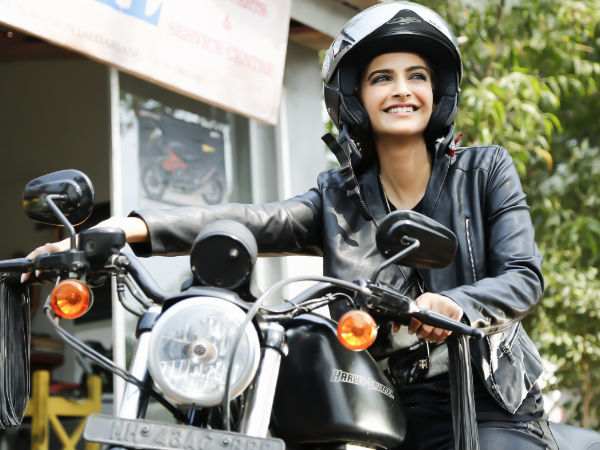 A source close to the team of the film said, "Sonam in the film is a very outspoken and loves to ride bikes and to drive. In fact in the film she will be seen riding a Harley Davidson and will also be seen driving most of the times. Sonam enjoyed herself thoroughly while shooting the scenes of her riding the bike."

Well, we all are eagerly waiting to see some more different shades of Bollywood actress Sonam Kapoor in 'Dolly Ki Doli'!