The Bollywood fashionista, Sonam Kapoor is the most recent cover model for L'Officiel magazine India June 2015 issue. The Khoobsurat actress highlighted on the June version of the magazine in a somewhat vivid outfit. Sonam wore a dark harvest top with a multi-shading striped jeans and teamed it with a curiously large coat.

The coat has vivid cubic prints along the sleeve sleeves, shoulder and at the base crease. The style icon carted away the look with most extreme effortlessness and panache. Her chaotic haircut and bare cosmetics gives her a chance to outfit do all the talking. 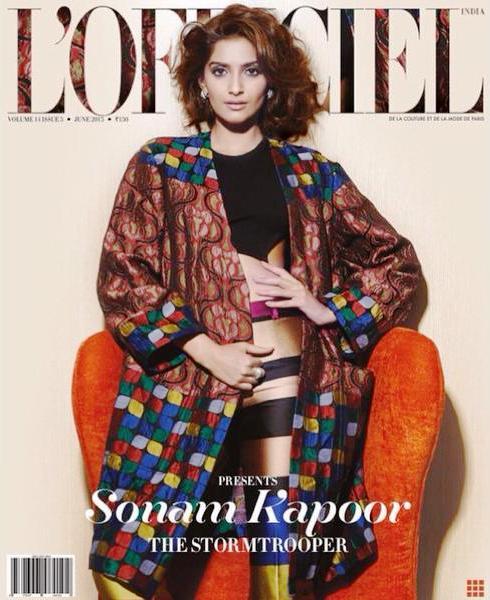 Sonam Kapoor shared photos of the photoshoot in her Instagram account. The June version of L'Officiel magazine has a subtitle that peruses "Sonam Kapoor THE STORMSTOOPER".

Well Sonam's dazzling look in the spread does equity with the subtitle. Watch the amazing and sexy pics of the gorgeous diva Sonam Kapoor from L'Officiel magazine India here.

Varun is Excited for Dilwale Movie, Because of Johnny Lever