Super Cool Bollywood Actress Sonam Kapoor is known for her perfect balance between style and fashion. Much like in her real life, this fashionista grab attention from her unique sporty bridal look in forthcoming Bollywood movie “Dolly Ki Doli”.

Sonam Kapoor plays a role of free-spirited girl name ‘Dolly’ and she is the ‘Dulhania’, from whom everyone wants to marry. The actress Sonam Kapoor posed with a devil-may-care attitude wearing an indigo Anita Dongre lehenga styled not with a dupatta rather a faux-leather sport jacket and shoes. Dolly's three suitors (lovers) are portrayed by actors Varun Sharma, Rajkummar Rao and Pulkit Smarat. 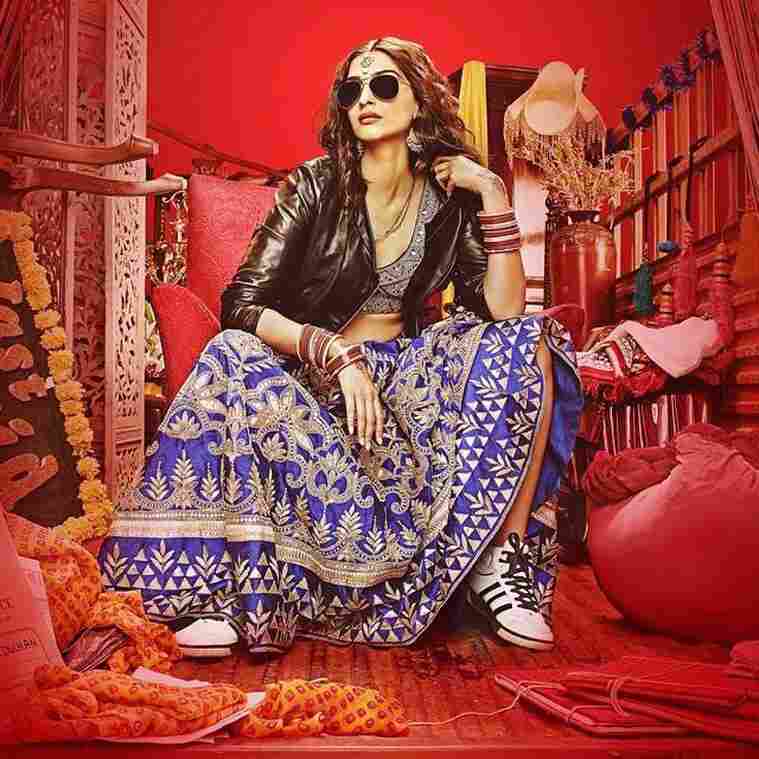 However, in the movie ‘Dolly Ki Doli’, dialogue promo 'Dolly Kiski Hai' is making everyone wonder who will Sonam Kapoor choose. The story revolves around Sonam Kapoor(Dolly) getting married to men and running away with valuables the very next day.

Sonam Kapoor took to micro-blogging site Twitter and shared the poster with her fans.