It’s easy for everyone to say that Sonakshi Sinha lost 30 kg before she started the film career. But the efforts that took her to do so, is a long hard journey of 2 years. She could not have made it unless there was someone to push her for the same.

It was Salman Khan who motivated her to lose weight and appear for Dabangg.

“He saw potential in me and egged me on to lose weight. I would say his contribution was the highest as I started taking it seriously only after he told me to” 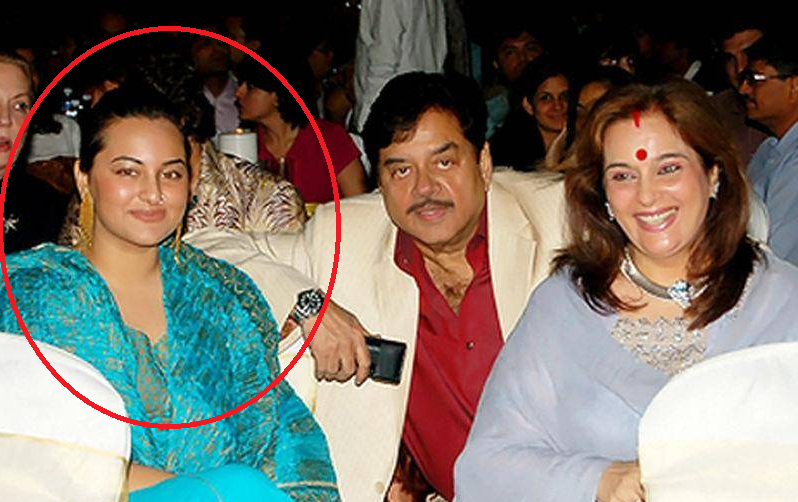 Sonakshi shares this journey with us.

Despite several comments, it never really bothered Sonakshi until she felt it from within.

Sonakshi Sinha was a total foodie. Like many others, she hated gym and exercising. It was only self-realization and determination that made her do so.

“It was not easy at all for somebody like me. I am the kind of person who hates the gym. I am allergic to the gym. I want to run away from it. But I think once I put my mind to something, I go out and achieve it, and I guess I did that.”

Sonakshi adopted a completely different lifestyle, a combination of both exercise and diet.

Her diet included more protein and less carbohydrate. She also switched her eating time period from 3 large to 5 small meals. Green tea had become her favorite now which she consumed 2-3 times a day.

Milk cereal or whole wheat toast Corn, rich in protein and fills up the stomach

Dal, sabzi, chicken, fish Eat 3 to 4 hours before sleep About food Sonakshi has to say,

“Food is my first love. I never followed a diet that makes me cranky and unhappy. I believe I work too hard to deprive myself of the one thing I love the most- food! I eat regular food, but in lesser quantities than before. Eating small meals every 2 hours helps in keeping up the metabolism all day. I even binge sometimes. Who's gonna stop me when there's a brownie right in front of my eyes? But if I do, an extra 20 minutes on the treadmill is a must.” 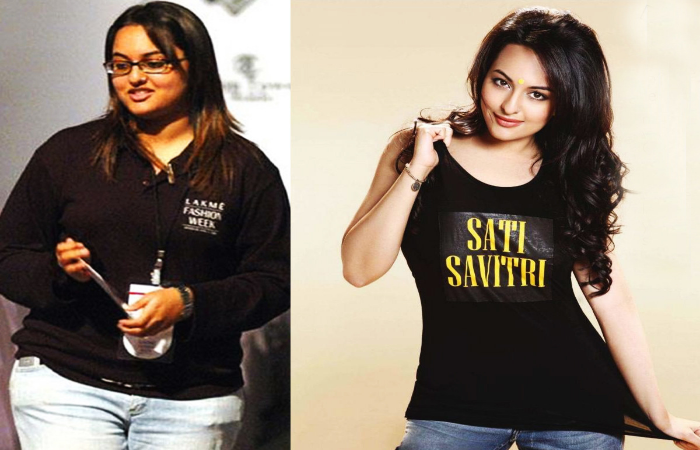 The Humpty Dumpty girl had to go through tough gyming sessions, constant body pain, and aches. Initially, her trainer Yasmin Karachiwala made her work out twice a day and as she got used to, it shifted to an hour and a half for four to five days a week. She did

She even practiced ‘Bikram Yoga’, a yoga form that is done at a room temperature of 40 degree Celsius. The impact of this yoga is very high. With just 25 minutes, you reduce several pounds. She also played tennis for some time.

Sonakshi never looks at what weight she has been reduced to. She keeps working till she finds herself fit.

“I don't know how many kilos I lost, I don't get on the scale. As long as I am feeling fit and I can feel myself toning up, looking thinner, then scale doesn't really matter.”

This was all about Sonakshi Sinha weight loss story. She has changed into an altogether different personality today.

Even after Dabangg, Sonakshi has lost 10 kg weight. Size 0 never mattered to her. She is perfect for herself and thus an inspiration for all the fatty people out there.

Sonakshi has also made her singing debut in “Aaj Mood Ishqholic Hai”, composed by Meet Bros Anjjan, written by Kumaar. 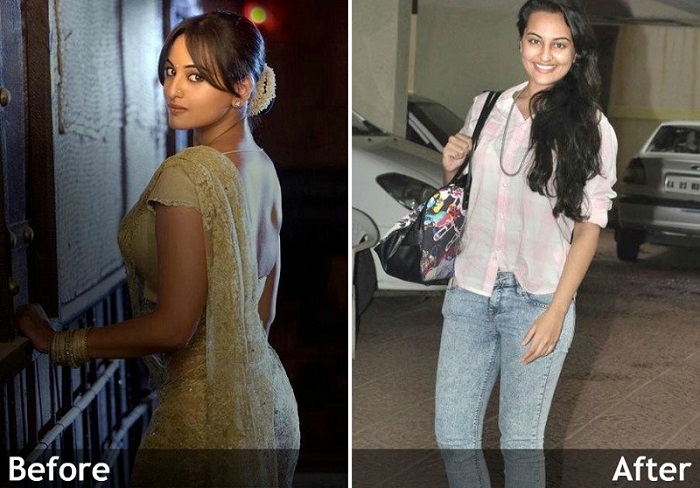 She has also grabbed many awards.

With all the experience Sonakshi has, she believes it’s not at all easy to achieve anything. Patience and hard work are a must for any success to happen.

“Don't expect results overnight. It took you months or years to pile on the kilos, what makes you think it will be gone in a few days? It is important to condition your mind and be patient during the process. Rather than dwelling on how much more you have to achieve, think of how far you have already come.”

We love you Sonakshi and admire for all that you have achieved so far.

Let us know why you love Sonakshi and tell about your weight loss story.

Look At the Hot Grooving Actress Urvashi Rautela In #SexyHotRedDress!

Mahima Chaudhary Opens About How Leander Paes Cheated On Her