Sonakshi Sinha says that she's single. She has a lot of movies in line-up and do not have time to get in relationship or make a boyfriend. That’s why she had not yet thoughts deeply about that who will be the perfect man in her own life.

In a recent interview, she expressed her thoughts, she told that lately she is really busy and her schedule is really tight which didn’t allowed her to think much about this matter. When asked about what qualities she seek in her soul mate, she said, he must be honest, a kind man and a tall. 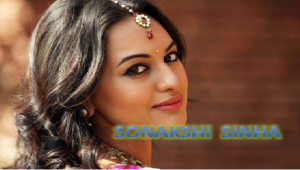 Recently, Sonakshi Sinha and Shahid Kapoor affair was in limelight. Shahid also had organized special party for her. After this party, rumors where that something is going between two actors. But she always denythese rumors andshe describes herself as single. She said this is not the right time for her to get involve into any relationship.For now she only want to focus her career as an actress.