Recently in an interview, the Dabangg actress of Bollywood -  Sonakshi Sinha gave her opinion. When she was asked to rate Hrithik Roshan, Fawad Khan, Varun Dhawan, Sushant Singh Rajput and Arjun Kapoor on the basis of sex appeal?

When she was asked to rate Hrithik Roshan, Fawad Khan, Varun Dhawan, Sushant Singh Rajput and Arjun Kapoor on the basis of sex appeal? 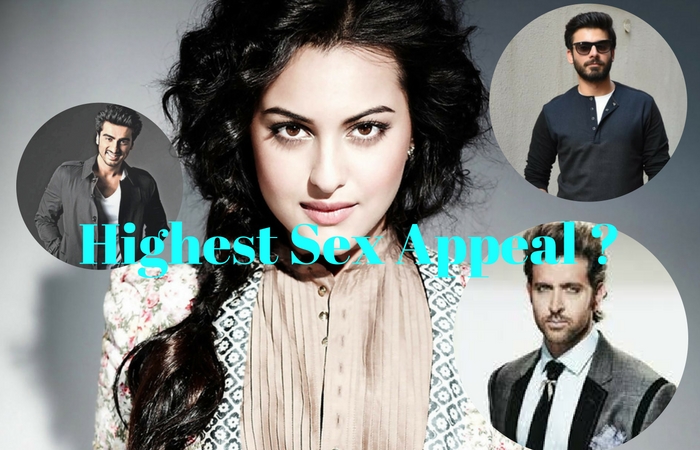 And guess what she replied…

“Exactly in that order. I think Hrithik is the hottest of them all.” Sonakshi thinks that Hrithik Roshan is the hottest of all actors in Bollywood! Yes, the Akira actress is completely obsessed by Hrithik’s good looks and gave him the highest rating among all.

It’s true, Hrithik Roshan is Greek God of Bollywood! The actor is blessed with damn good looks. He can make any women keel over his charm and his too good-looking hot looks!

No doubt, Hrithik is a super duper hot actor and he is coming in his next upcoming film Kaabil which is scheduled for a worldwide release on 26 January.  Sonakshi Sinha is spotted promoting her new film Akira – No One Will Be Forgiven.

Sonakshi Sinha is seen completely in different avatar. She plays a character of a fearless college student named Akira in this A.R. Murugadoss.

Another question we asked Sonakshi – Did she performed all the stunts by herself? She said,

“Yes, I have done all the action myself because I wanted it to look more real and convincing. It is very raw and slick. It’s something very different from what I have done so far, which is why I chose to do the film, in the first place.”

Also Read: Sonakshi Sinha Reply How Her Parents Feel to Her Link up Rumors