Sonakshi Sinha, who started her career with ‘Dabangg’ opposite to SuperStar Salman Khan as Robinhood Pandey.

She also started in the sequel second time and now its third installment of the movie Dabangg 3 with her Robinhood Salman Khan both the star are the perfect face for the characters they play in the movie.

Salman Khan And Sonakshi Sinha the Perfect Dabangg Jodi Of the B-Town.

Sonakshi Sinha is going to be a part of Dabangg 3, in what capacity that is to be seen when the script is ready. But there might also be a possibility of another heroine in the film. 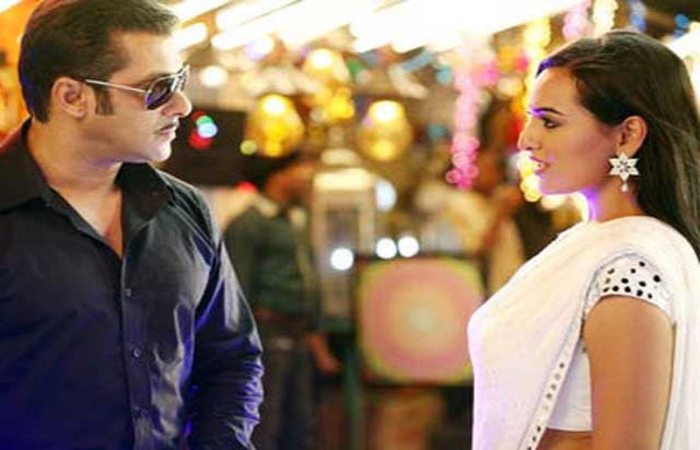 The event cleared the rumors that Rajjo  Sona will be there for sure in the sequel .

We can’t wait to see Sonakshi to once again spreading her magic with Salman Khan.

Let’s see who will be the next lead actress in the movie.

Also Read:Sonakshi Sinha Croons a Song for Her Next Movie Akira

Sonakshi Sinha Croons a Song for Her Next Movie Akira