The Dabangg actress of Bollywood  Sonakshi Sinha who made debut with ‘Aaj Mood Ishqaholic Hai’ is very  much loved by her fans.

The girl Sonakshi Sinha lent her voice again for her next film ‘Akira’. She croons a song called ‘Hai Ranjishein Tere Mere Darmiyaan’.

Akira is an Indian action drama with tag line “No one will be forgiven”. Sonakshi Sinha is seen never seen avatar. The movie is somewhat as of Aamir Khan’s ‘Gajani’ and Akshay Kumar's ‘Holiday’. 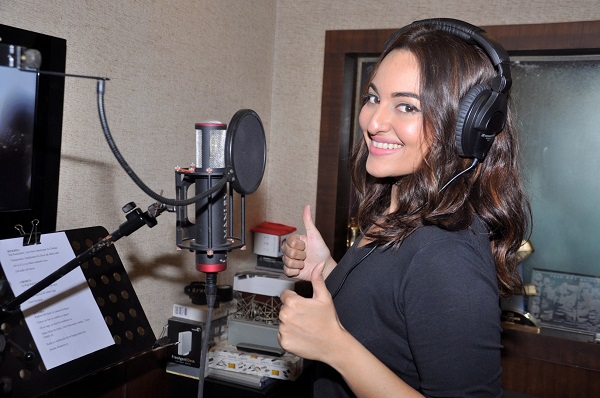 The song ‘Hai Ranjishein Tere Mere Darmiyaan, Gunjayishein samjhoton ki dur tak dikhti nahi…’ expresses rage. It is about how the girl will not stay silent, but fight back and that’s the spirit of the song. We were shooting the music video and every time I went to give a shot I would end up singing it with all my zest. It’s just one of those songs. So the producers suggested that I should record it as well. Everyone was shocked because I spent a total of 30 minutes behind the mic! It was a fantastic experience and totally the kind of zone that I want to be in. Hai ranjishein… is the kind of song I have always wanted to sing. Shekhar (Ravjiani) was also encouraging and that helped a lot.”

The movie ‘Akira’ is directed by AR Murugadoss is set to release on September 9.

Also Read : Dabangg Actress Sonakshi Sinha To Be A Part OF ‘Dabangg 3’

Nargis Fakhri to Be Seen In Her Next Hollywood Movie

Dabangg Actress Sonakshi Sinha To Be A Part OF ‘Dabangg 3’