Sonakshi Sinha, who hits the silver screen with her magnificent performance in movies like Dabangg and Rowdy Rathore, is back with the latest buzz  around that says she will perform an item number in Umesh Shukla's upcoming Bollywood movie 'All Is Well'. It’s not for the first time Sonakshi is doing an item number, previously she had done an item song 'Go Go Govinda' for the film ‘Oh My God' and got huge popularity through this song.

As per some sources, Director Umesh Shukla has contacted and convinced Sonakshi Sinha for doing an item song for his upcoming movie 'All Is Well'.  It appears like now this actress is ready to do all kinds of acts. However, an official announcement of the song is not yet done. 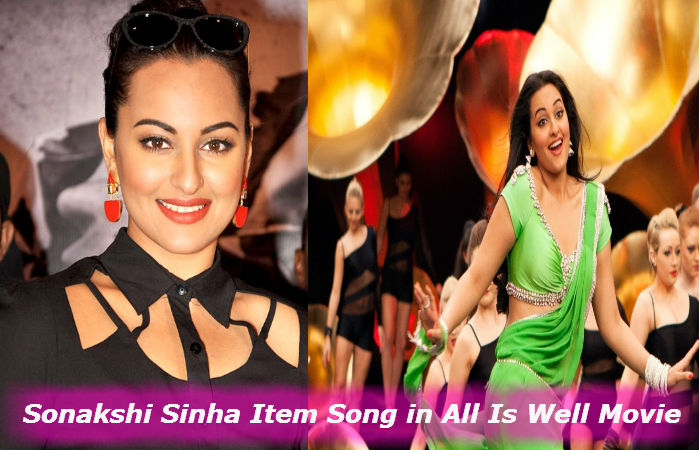 Abhishek and Sonakshi Together on Big Screen for the First Time

Sonakshi is doing this song with Abhishek Bachchan. It is the first time Abhishek and Sonakshi both are sharing space together on the big screen. 'All Is Well Movie' also features Asin, Rishi Kapoor and Supriya Pathak in lead roles.

Abhishek and Rishi have started the shooting of the film. Close source says Rishi has done some interesting dance moves in the movie. The film will hit the theatres on 21 August 2015.