Star Plus’ long running daily soap, Saath Nibhana Saathiya is giving out the picture of some high voltage twists in the show these days. We saw how Gopi followed Meera to the club, dressed herself accordingly, entered the club and slapped Mira’s friend in front of everyone. Mira who already hated her mother from always, turned more offended and refused to go home with her.

On the other hand, in Modi house, Paridhi spilt the beans, letting everyone in the house know about Kinjal’s plan. She shows them a secret video of Kinjal, revealing her truth following which Kinjal finally broke down. Also, Ahem and Meera were seen worrying for Gopi, not knowing where she is? The two reached the club where Gopi went following Meera.

Gopi Fells Down From the Building! 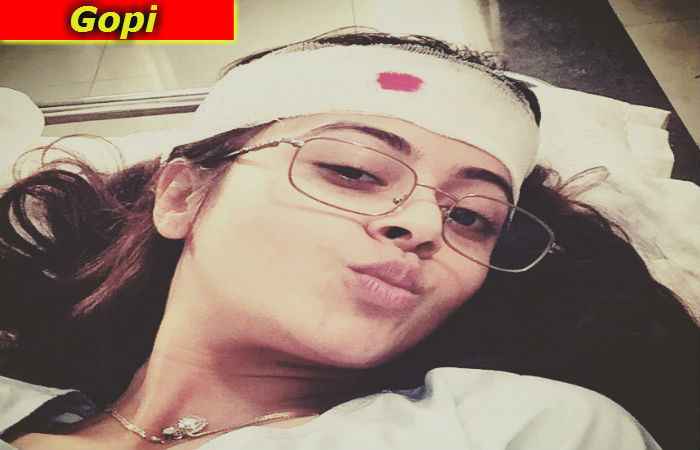 Whilst the two scuffle, Meera unintentionally pushes Gopi, who fells down. Ahem and Vidya gets taken aback, seeing Gopi fallen on the car. They rushes her to the hospital, where Kokila’s blood rushes cold, getting along her Gopi bahu’s serious condition. She held Ahem and Meera responsible for Gopi’s state, as Ahem is the one, who taught his daughters to hate their mother.

Meera tries to explain Kokila that, she didn’t pushed Gopi intentionally however fretful Kokila denies accepting anything. Now it would be interesting to note, would Gopi survive, or will she lose the battle of her life? To know more, keep reading our interesting updates a propos Hindi serial Saath Nibhana Saathiya!

Upen Patel and Karishma Engaged! For Real or Reel?