In Episode 1390 of Star Plus’ long running daily soap Saath Nibhaana Saathiya, Kokila and Gopi, who were seen talking about Mansi and Kinjal. Pari and Kokila planed to get Gopi and Ahem together however Gopi was seen worrying that she don’t want to hurt Ahem. Kokila told Gopi that it’s not wrong as he doesn’t love Mansi else he would have been engaged or married her in ten years.

At the same time, Ahem reaches there; everyone becomes worried that if he had heard anything however, he removes his headphone and they all gets relaxed. Here on the other hand, Mansi reaches home fumingly and shouts at Meera, that her relatives are liars and Hetal tells her that they don’t talk to their children like this.

What is So Fishy About Meera in Saath Nibhaana Saathiya Serial? 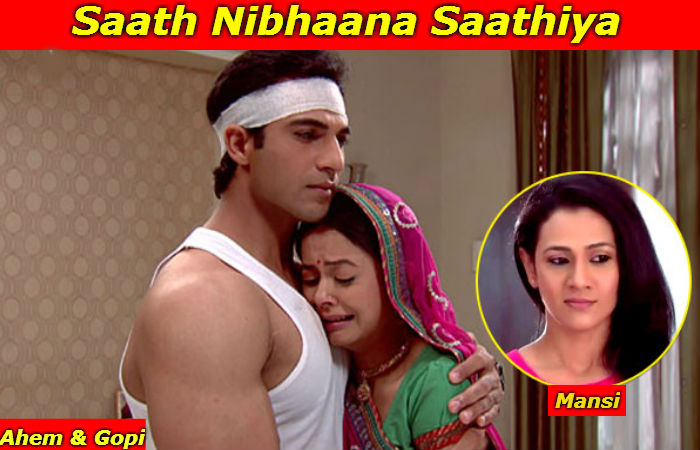 Meera gets a call, and she says that she can’t talk as she is tensed and cuts the phone. Well don’t know, what Meera is up to this time, as Vidhya noticed her standing outside the house with a boy. Even Tolu-Molu gets the sense that something is wrong. On the other hand, in Saath Nibhaana Saathiya serial, Kokila it tying to bring Gopi-Ahem together and to make the later realize that nothing has changed in 10 years.

Mansi who yelled on Meera badly tries to peruse her however, Meera arrogantly left, which made Mansi more furious. Seeing Mansi’s attitude Kinjal tried to explain her that she needs to calm down if she wants Ahem. 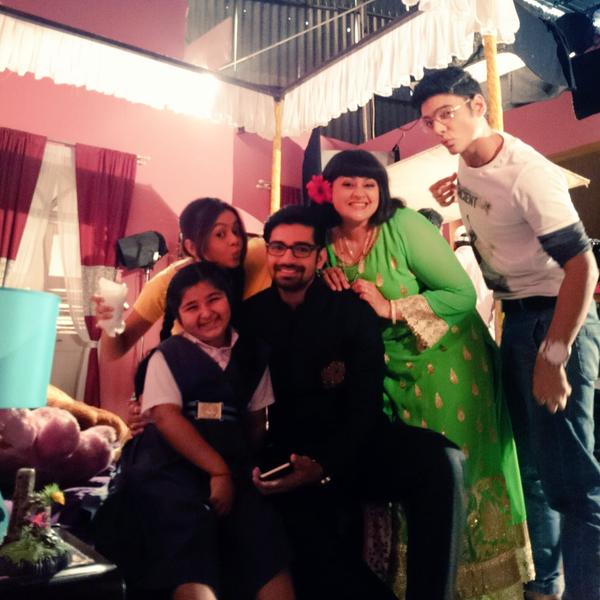 Now latest news of Saath Nibhana Saathiya would be Bapuji’s barsi. Yes, the whole Modi family would perform pooja at the temple however, who will sit next to Ahem in the pooja, Mansi or Gopi, is still a question.