Star Plus’ high voltage drama Saath Nibhana Saathiya serial have been depicting Ahem’s loathing for Gopi since and while, however in the upcoming sequence of the show everything would apparently be fine. Moreover, the Modi family would even reunite.

Yes, soon we would get to see Gopi’s daughters Meera and Vidya calling her a murderess following which Kokila would reveal the truth behind Radha’s murder mystery. Well interestingly, Kokila would give a demo to explain the truth!

Kokila to Hit Ahem For Revealing the Truth of Radha’s Murder? 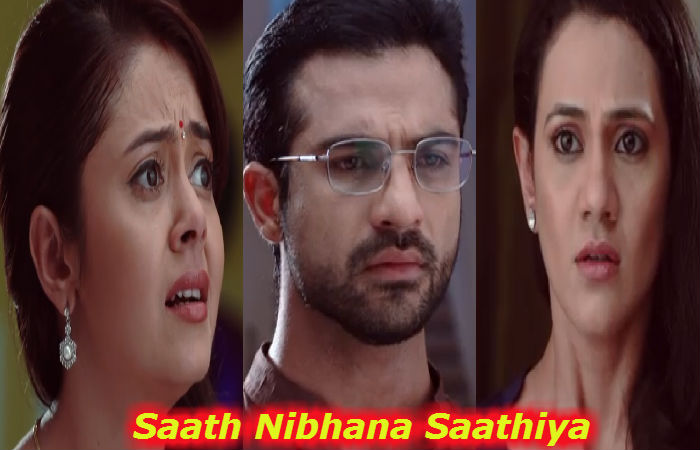 Tolu, Molu, Meera and Vidya have finally revealed Gopi’s lie that she wasn’t in America for 10 years however she killed Radha brutally, stabbing her multiple times. In the last episode, we saw Meera ill-treating and holding Gopi responsible for Radha’s murder though, Kolkila tried to stop her however, she continued. Now, Saath Nibhana Saathiya latest news is that, concerning all this, Kokila would finally open her mouth! She would thrash towards Ahem to hit him with a stick.

Consequently, Meera and Vidhya would push Kokila to save, Ahem and there would come the time of revelations and realizations. She would tell them, alike they pushed her in the same manner Gopi had to kill Rhada for saving Rashi.

This would finally make Ahem and his daughters realize their mistake. Ahem would apparently apologies to Gopi and Kokila for his behavior. Ahem would even tell them to more ahead, leaving all the things behind. Moreover, the big Modi family would come together.

Now what is interesting, is to note now what decision would Ahem take after being acquainted to the whole truth. Would he forgive and make his mind to live a happy life with Gopi and her daughters or he would chose Mansi over Gopi?? To get the latest of Saath Nibhana Saathiya cast and all the happenings in the show, keep reading!