The 28th January 2015 episode of Colors’ high TRP show Sasural Simar Ka was very agonizing. Simar (Deepika Samson) slapped her daughter Anjali without any reason. Prem (Dheeraj Dhoopar) and Anjali were very angry with her. Mataji came to Simar and said that she can understand her situation.

Simar hugged mataji in tears. Simar said, she never thought to hit her daughter, but she was compelled to do that. Mataji asked her about her helplessness. She said, if she tells her the truth than her life will come in danger like Daksha and Leela. Mataji told her that she has full trust on god, so without any hesitation, she could tell her the entire situation.

Simar was convinced, she said, fake Roli (Sara Khan) is very powerful, she kidnapped real Roli (Avika Gor) from the hospital and hypnotized her. Our Roli does not remembered anything about her previous life. She said, Shruti is our real Roli.

You may also like: Sasural Simar Ka: Siddhant Followed Shruti to Know the Truth 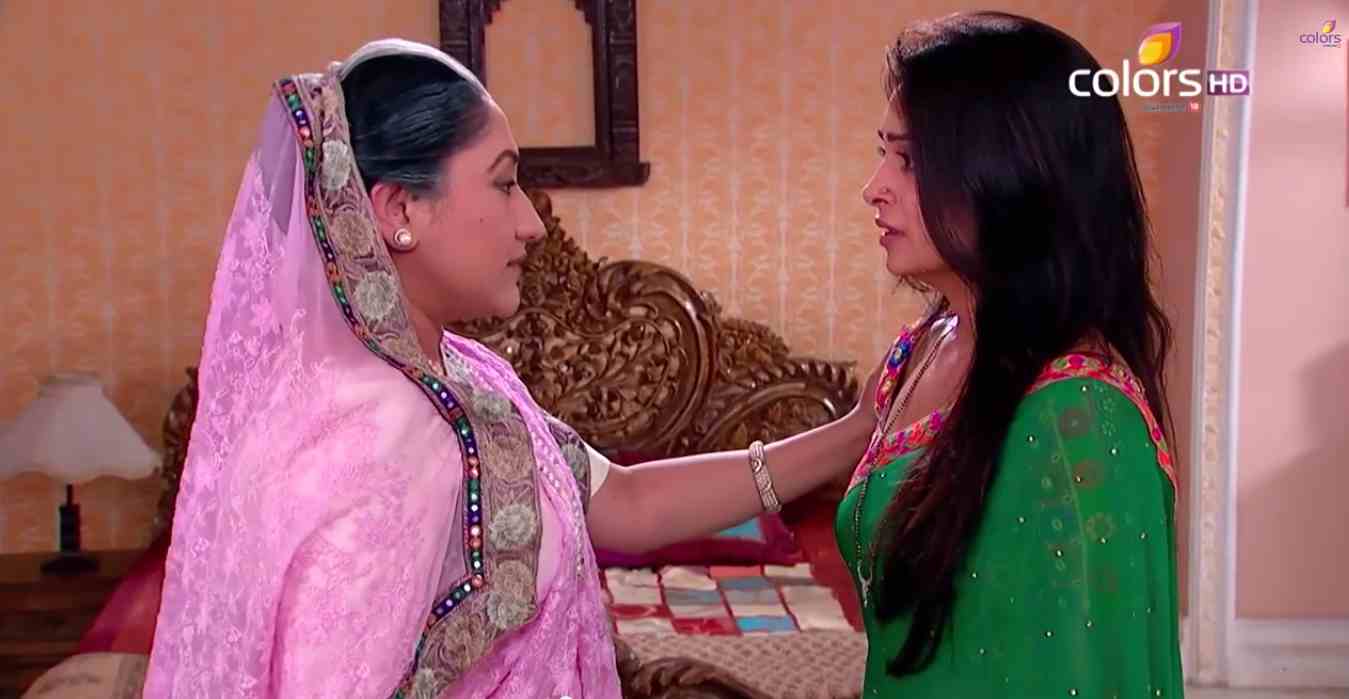 Matasji was in shock to here all the things. She told Simar that when she and Roli will meet, that day the Bhardwaj family would overcome all the problems. They both again hugged each other.

Why Shruti’s Parents were Apologizing to Fake Roli?

On the other hand, fake Roli was in the house of Shruti with her fake parents. She told them that they are not doing their work properly, for which they are monthly being paid with a big amount. She warned then that, she has the power to expunge their name and family so they should do their work correctly.

Shruti’s fake parents were startled. Unfortunately, Shruti came at the same time to her house. Fake Roli said, she came here to apologize her, for what her husband Siddhant did. Shruti Said it’s ok. Fake Roli leaved from there.

Official Trailer of ‘Desert Dancer’ Starring Freida Pinto is Out!