The latest episode of most dangerous colors TV show Khatron Ke Khiladi season 6 started with task ‘Bus Karna Yaar’, in which Ridhi Dogra, Sagarika Ghatge and Ashish Chowdhry took part. In the task one has to collect flags on the top of a moving bus.

It wasn’t enough there is was one more twist in the task that the contestant also had to move eggs simultaneously while collecting flags from one end of the bus to another end. Sagarika Ghatge lost the task as she manages to collect only 3 flags and eggs.

Khatron Ke Khiladi 6 contestant Rakesh Kumar and Iqbal Khan has to perform the next task named ‘Ghoomte Reh Jaaoge’. In the task both the contestants have to lie on a platform, which was floating on water and open the lock to untie the chain but the platform was rotating in and out of the water. Consequently, Rakesh lost the task as he took too much time to complete the task.

You may also like: Controversial Queen Sana Khan gets Evicted from Khatron Ke Khiladi 6 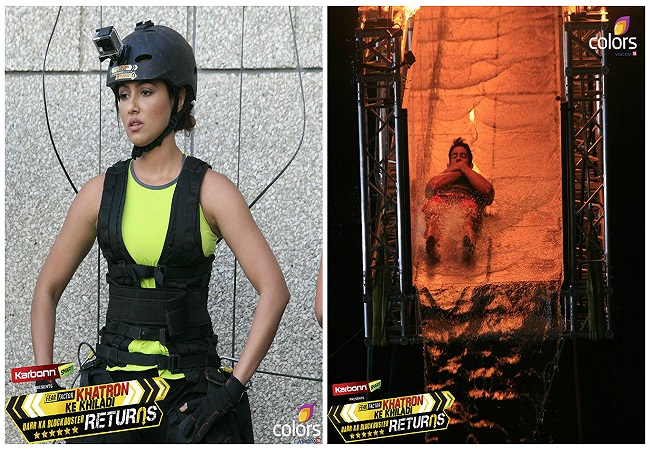 Sidharth Bhardwaj Loses the Coffin Task for Taking Much Time

Get more updates of KKK6 from Indian TV Serials.