If we talk about the Bollywood Industry pairs and the co- stars acting together, making a favourite hit pair or famous Jodi. We cannot footstep back saying that all the fathers in the Bollywood industry and their beautiful daughters also want to work together in the film. Shruti had already rock in the film Gabbar this year.

Here comes the news saying that the gorgeous South Indian actress Shruti Hassan also wants a chance to work with his father, the superstar Kamal Hassan.

She said that -“It'd be an honour to work with dad”. Obviously, she or anyone in the film industry will not miss the opportunity to work with their parents. 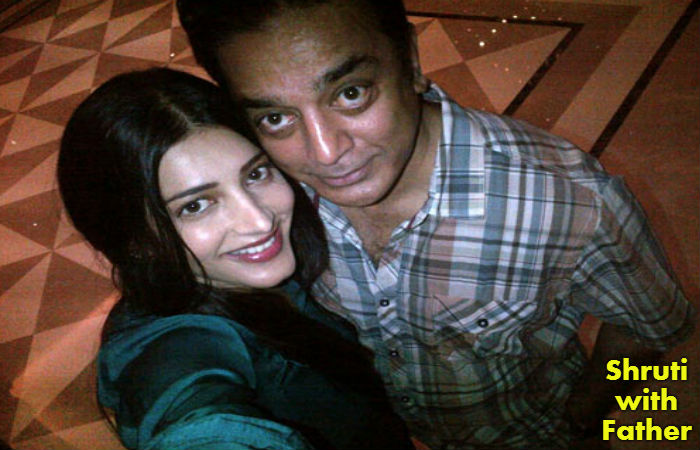 Well, Shruti Hassan was last seen in the movie ‘Gabbar is Back’ with Akshay Kumar and the film was super hit on the silver screens and earned a huge amount.

Although Shruti and Kamal Hassan has not yet acted together in any film, but she had done a cameo advent in his father’s film ’Hey Ram’.