Amid lot of promotional activities for ‘Shamitabh’ movie, the makers have come up with its second official trailer. If you think that, the first trailer was bewitching than you thought less about it, there is yet many more to come. In first trailer of the film, makers kept the story under wraps, but the second trailer of ‘Shamitabh’ movie would take you to a new level.

‘Shamitabh’ second trailer is just tremendous and gives clear gimps of the basic story of the much-anticipated film. English subtitles are used in the trailer, which beautifully captured man ego between Amitabh Bachchan and Dhanush. Director R. Balki nicely featured the interdependency of Big B and Rajinikanth’s son in law Dhanush in the ‘Shamitabh’ trailer throughout. 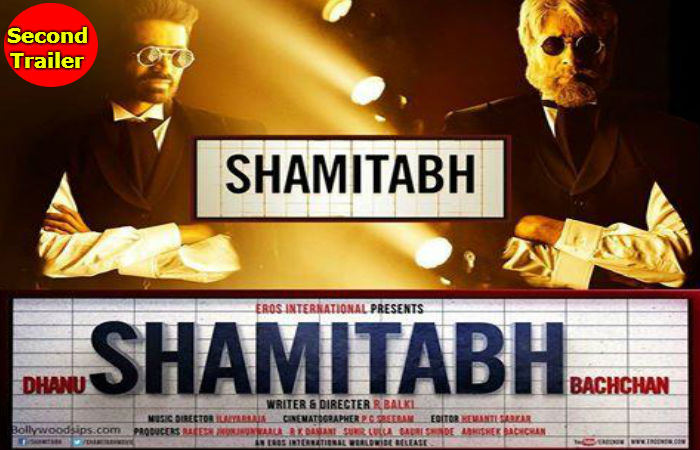 You may also like: Big B’s Shamitabh Character is Not Similar to 1973 Abhiman

"Only the media can create a rift between a man's face and his voice," the voice is not his own but Mr Bachchan's. Dhanush says into a microphone on stage.

Akshara Haasan Say "Kiss My A**" To Dhanush

Apart from this, there is a dialogue in between the trailer in which Akshara Haasan say to Dhanush “Kiss My A**", which is hilarious.

Along with this, legendary music maestro Ilaiyaraaja has composed the songs of the film.

‘Shamitabh’ movie is slated to hit the silver screen on February 6, 2015.