"Everybody is courteous and gracious and so is Salman Khan," said Shah Rukh Khan reacting to the former's friendly gesture.

They were once faveolate against one another as arch rivals and were trusted to possess had their various camps within the Tinsel city. However, they placed all speculations to rest by snuggling one another at cake Siddiqui’s Iftaar party last year and repetition the friendly gesture this year too. 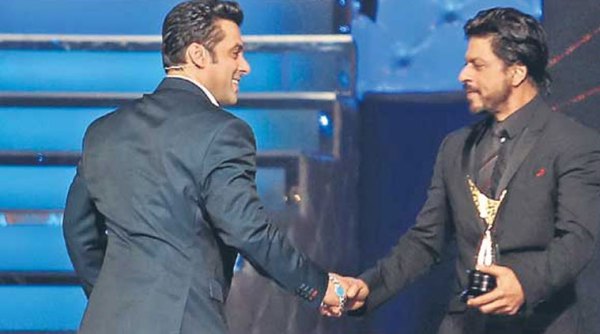 Salman was gracious enough because the host of "Bigg Boss 8" to mention that they'll promote Shah Rukh's "Happy New Year" on the reality show, the film industry Badshah said he strived his best to utilize the platform. Both Salman and SRK are very busy with their project schedules. Salman is gearing up to hot 'Big Boss 8' and SRK occupied with latest upcoming movie ‘Happy New Year’.

When asked about Salman Khan’s comment, Shah Rukh Khan said: “Everybody is very courteous and gracious and so is Slaman bhai. We love that he thought we should come there. If we have the scope and time, most certainly we will go there. If we don’t have it, please don’t take it seriously and say that we avoided it. It just needs to be done when it needs to be done. I think it’s gracious of Bigg Boss to talk about our film. It’s wonderful and sweet of everyone,” said SRK.

Sunny Leone willing for a "One Night Stand"

Why Ratan Rajput Broken Off her Engagement- Reason is Revealed