Bollywood Badshah Shahrukh Khan’s most famous signature pose (air hug) from ‘Dila Wale Dulhania Le Jayenge’ got hug popularity after the release of the film. The pose even became favorite photoshoot pose for his fans, over the years. Now a life size 3D printed model of SRK’s romantic pose has been designed in India for the first time.

The 3D Printed Model is gifted to SRK by VFX division of his production house Red Chillies Entertainment and 3D design firm Autodesk India. VFX division is well known by its innovative animations and effects.

Silver and Shiny Statue of SRK, In His Classic Pose 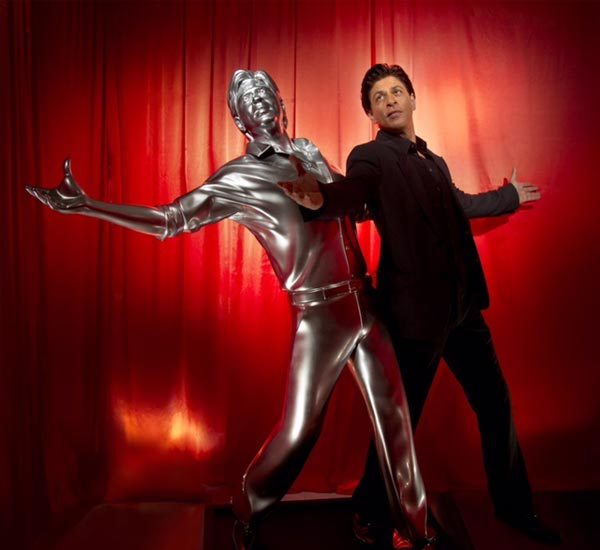 You may also like: Shahrukh Khan’s Enigmatic Avatar in Atharva – The Origin

"It's the first 3D printed life-size model done by Red Chillies. VFX and Autodesk team. It is overwhelming how technology has gone forward. I am grateful to be a part of this amazing technology. This is outstanding and I am dying to show it to my kids. Its silver and shiny statue of mine in my classic pose. I want to thank Keitan, Harry, Red Chillies VFX team and Autodesk team who have worked on it. It's the figure of work I have done for all these years" said Shahrukh Khan.

SRK shared his glee on social media stating, "How fantastic is my Team Red Chillies.VFX. Fully made in India the first 3D life-size printout. My best B'Day present!"

"Excited about this technology so I will over load you all with more images. 1st ever in the world!! Made in India! Even the folds in the shirt and trousers are captured in such detail...and if I may add the dimples too."