The handsome hunk of Bollywood, Shahid Kapoor sizzle the cover page of Man’s World Magazine for their April 2015 edition. On the cover the actor looks stylish in a high-pony and a sexy beard.

“From his secret engagement to his upcoming films, @shahidkapoor reveals it all #MWApril2015”.

You may also like: Shahid Kapoor New Look from ‘Udta Punjab’ Movie is Exposed

According to rumors, Shahid Kapoor new hairstyle is for the upcoming movie ‘Shandaar’. Currently, the actor is busy in shooting for the Shandaar with the young actress Alia Bhatt. 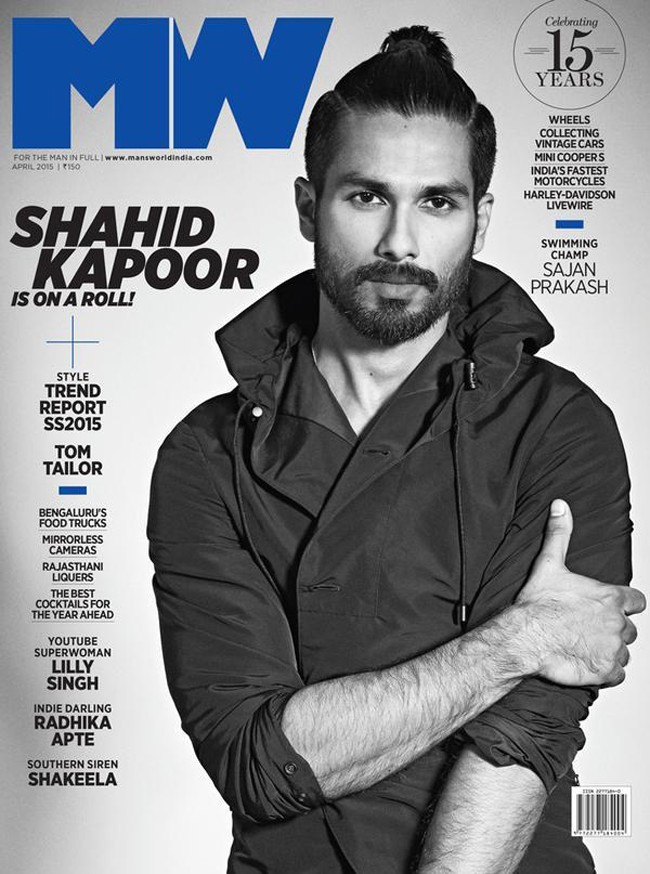 Get more updates about Magazine Covers from Bollywood news.