The Dabangg girl of Bollywood Town Sonakshi Sinha answered 16 questions on SEXISM on Tuesday evening in a tea interview.

Sonakshi debuts her film Dabangg in 2010 with Salman Khan and owed the title of Dabangg girl of B- Town.

This time the diva is back with more action and Marshal in her upcoming film Akira ‘No one will be forgiven’.

In just a small span of time, the actress worked with almost all superheroes of the town-list actors starting from the Salman Khan, Akshay Kumar, Ajay Devgn to Shahid Kapoor.

At Mehboob studios, It was an evening time interview, Sonakshi Sinha spoke about her upcoming film Akira. How he shoots and what inspired her doing Akira. She also talked about social issues of female and on Sexism many more questions at a tea time interview.

Sonakshi Sinha was seen dressed in royal blue and white sports sneakers. Her dress was looking a perfect match for a rainy day. She looks really awesome.

Checkout the Answers Given By Sonakshi Sinha

After watching Akira Trailer, Akshay said that this film is going to be a game changer for you. Ajay jokingly told me that, if I start doing all this, what would they do?

#Akira on those who are wife/husband beaters 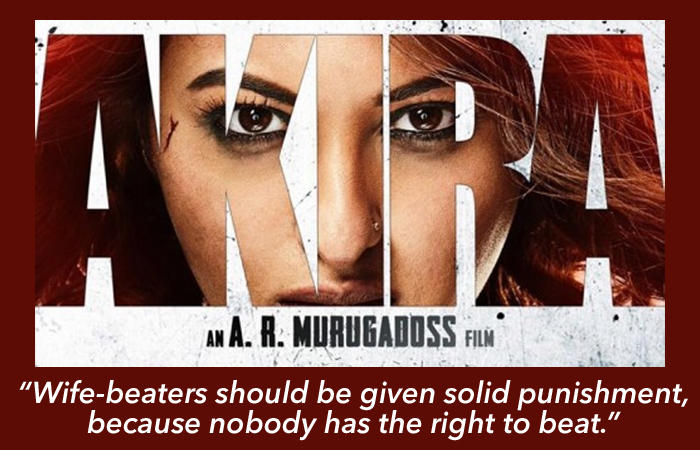 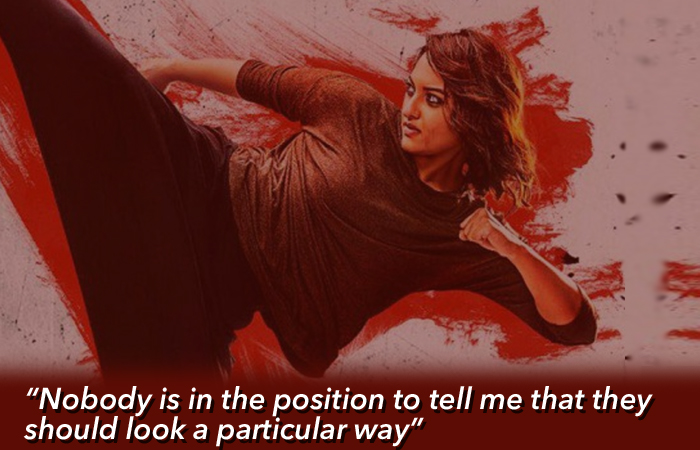