Bollywood actor Akshay Kumar is quite busy enjoying the success of his recent release Rustom. Even though there was the clash between the releases of the two films of top stars of Bollywood Akshay Kumar’s “Rustom” and Hrithik Roshan’s “Mohenjo Daro”, Rustom earned huge amount at the box office.

No doubt the actor is riding much high on the success with every film he signs. And now he is all set to start with a shoot for his upcoming film Jolly LLB 2. The actor has entertained us with numerous different roles in the film and once again he is ready with a new avatar for Jolly LLB 2.

Akshay Kumar’s in Moustache Made Him Look More Hotter 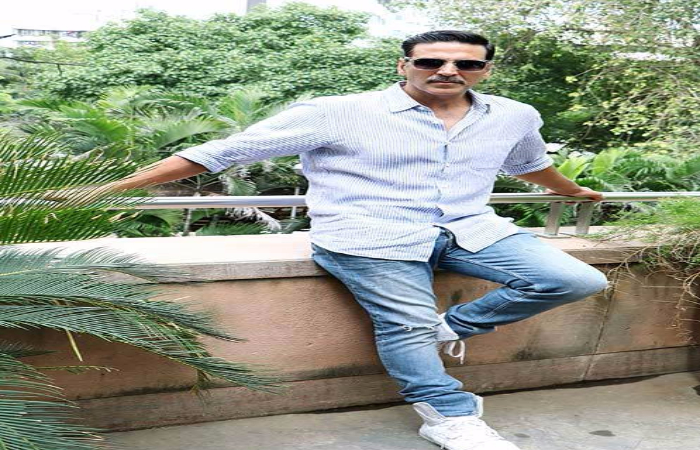 This new look of Akshay Kumar in moustache for Jolly LLB 2 is quite interesting. For the interview, the actor kept it very simple in a lining casual shirt with white sneakers and denims. In the film he will portray the character of a lawyer. The last Jolly LLB featured Arshad Warsi in the lead role also collected a handsome amount at the box office.

Wait now, to see Akshay Kumar in the sequel. Many of the projects are more lined up for Akshay Kumar to begin the shoot. Waiting for the shoot to begin for Jolly LLB 2.

Stay connected with Nyoozflix and get updated with latest Bollywood news.