On March 4, 2015  episode 69 of Zee Tv’s Satrangi Sasural Serial, it was shown that Vihaan’s mother gets acquainted with the fact that Vihaan and Aarushi’s wedding is a love marriage instead of arrange. After knowing the fact, she insults both Vihaan and Aarushi for the same.

Vihaan tries to explain the whole thing to the family; however, no one listens him and blames him of playing with their emotions. Vihaan tells them that though he has done it the wrong way however he was scared of all them. He even tries to remind them Aarushi is there choice as well despite being his love. 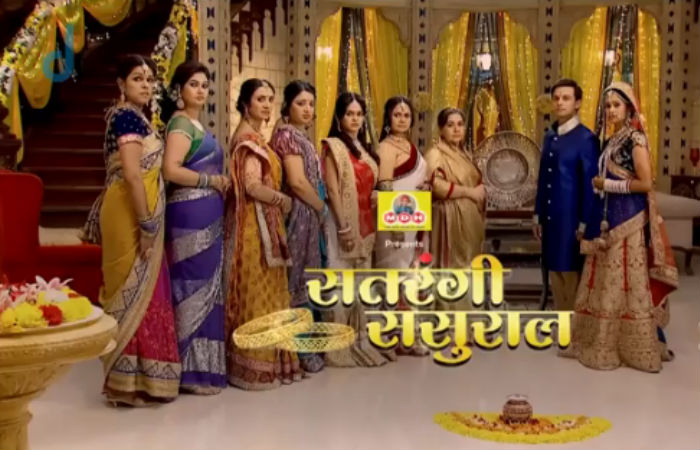 Dadi Maa comes there and says that they have spoken out their decision, that this girl would never have grahapravesh. Dadi Maa denies their marriage and says that they don’t consider Aarushi as their daughter in law. The Satrangi Sasural cast (Vihaan’s family) being in outrage decides to break all relationships with Aarushi and thus asks her to leave.

On the other hand, Aarushi is emotionally broken after the entire incident, walks out, and cries. Vihaan follows her and they both memorize their wedding vows. After this, Manohar comes to them and asks them to stay at his place.  However, Vihaan denies his suggestion thanking him.

Would Aarushi & Vihaan be Able to Convince the Family?

The newly married couple then walks out towards a hotel and spends their night over there. Now it would be interesting to note that would the Satrangi Sasural family accept Vihaan and Aarushi’s marriage or would the two be able to change their decision?

Get more updates about Satrangi Sasural from Indian TV Serials.