Sasural Simar Ka is the hit show of Colors channel. The 7th January 2015 episode of this serial was very dramatic. Manoranjan Mausiji (Nimisha Vakharia) was the lady, who killed Daksha and Leela. Yes she confessed all the things in the last episode. The Bhardwaj family was in a huge shock. They didn’t believed that their bindass and trustworthy Mausiji did all those things.

After her (Mausiji) confession, Simar (Deepika Samson) asked her that why she killed Daksha and Leela, what they did to her, and they didn’t even weren’t the part of their family. Then Mausiji revealed the secret that, they both witnessed her to buy medicines, which she purchased to kill all the people of Bhardwaj house. Everyone in the house go into whammy, hearing her assertion.

Mataji (Jayati Bhatia) told the inspector to arrest her loving sister, however suddenly Mausiji took the knife and attacked on Mataji. Everybody ran to stop her. The knife fallen down and the lady inspector took her charge to arrest Mausiji.

You may also like: Sara Khan Replaced Avika Gaur as Roli in ‘Sasural Simar Ka’

The inspector told Simar (cast of Sasural Simar Ka) that she is innocent and he has found the real criminal who was Mausiji, so she is safe now. But they would require Simar for further investigation of the case. 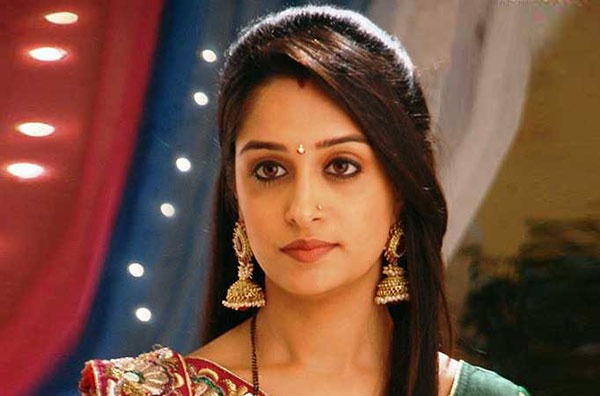 Police took Mausiji with them. Mataji didn’t uttered a single word and she went to her room without saying anything. Roli (Sara Khan) and Simar went to her room to control her emotions. Mataji said Roli and Simar that she didn’t believe that her beloved little sister wanted to destroy her family. Roli said consoled her for stop crying and told her to be strong. She said we will try to council her and she would again get normal like earlier.

Mausiji was in Jail. Suddenly a woman came to her. She was the same woman with those green eyes. She said Mausiji that she fulfilled her promise. She did all the things according to her. She said her to stay in jail and don’t tell her secret to anyone, otherwise she will finish her family.

Mausiji was get too emotional, she said that she attacked on her loving sister, who is like her mother and loved her more than anything. But unexpectedly, the woman was gone.

So, this was the all story of the 7th January 2015 episode of Sasural Simar Ka. For more updates about this serial, stay tuned with us.

Top 10 Bollywood Suicides That Shocked One and All!