Sanjay Leela Bhansali’s ‘Padmavati’ hasn’t begun with the shooting yet and it has already indulged into controversies. Earlier, it was the star tantrums (issues between Shahid and Ranveer) and now it’s the PNS (Patidar Navnirman Sena). PNS led by Hardik Patel has threatened Sanjay Leela Bhansali to protest against the film shoot in Rajasthan and Gujarat unless they conform the portrayal of Rani Padmini being shown in the film.

‘Padmavati’ is based on the life of Rani Padmini, who was also known as Padmavati. She was the wife of Raja Ratansen of Chittor. When Alauddin Khilji won the war against Chittor, Rani Padmini committed jauhar (self-immolation) rather than offering herself to him.

Deepika Padukone would be playing the role of Rani Padmini, Shahid Kapoor to be her husband, the king of Chittor and Ranveer Singh is to play the Alauddin Khilji in the film. 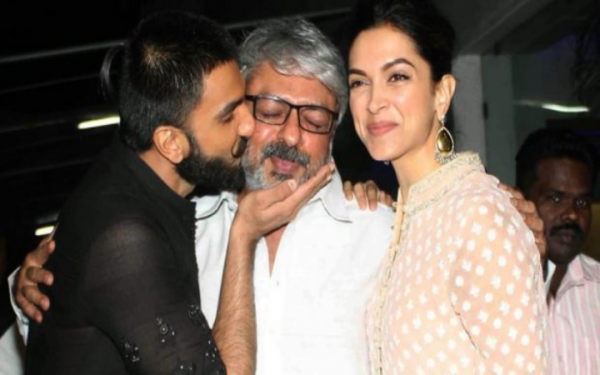 Rajput Sena has doubts with respect to Rani Padmini’s portrayal in the film. Hardik Patel being the president of PNS has raised the issue on their behalf. A report is published in Ahmedabad Mirror on September 20, 2016 where Hardik Patel mentions that unless Bhansali is able to furnish appropriate historical evidences in this regard, they won’t allow the shoot to take place in Gujarat and Rajasthan. They do not want Rani Padmini’s legacy to get damaged in any way. Hardik Patel stated-

“Every person is proud of Maharani Padmavati, who sacrificed her life for the self-esteem of Chittorgarh. Along with 1,600 other queens, she died of jauhar, (self-immolation) when Alauddin Khilji had attacked Chittorgarh.”

Mentioning his point further in the Ahmedabad Mirror, he says

“However Rajasthan-based Rajput Sena’s members met me and informed that SLB has not studied the history, and could damage the image of Rani Padmavati. So, we’ve informed him to stop the production of the film and hold discussions with Rajput leaders before he begins shooting. Bhansali should give assurance of not damaging Rani Padmavati’s image, or else Patidar Navnirman Sena will hold protests against the movie across the country, and will not give permission for the film to release in Rajasthan. No director has the right to damage history for entertainment. ”

Padmavati is said to be the most expensive film in Bollywood with a budget of Rs. 180 crores. Deepika Padukone is learning Rajasthani dance style ‘Ghoomar’ for the first song of the movie, which has preparations underway for the shoot. Let’s see how Bhansali faces these troubles this time.

He had earlier been accused for the historical relevance of his 12 years’ hard work ‘Bajirao Mastani’. Bhansali shall be able to go through this, this time as well.