There is no denying the fact that Sanjay Leela Bhansali’s upcoming directorial Padmavati has already gained the attention of the moviegoers much. After the success of Bajirao Mastani, the director Sanjay Leela Bhansali once again is all set to excite the viewers by his story of Padmavati.

It has been rumored, and almost it is signed that the leading stars of the film will be Shahid Kapoor, and the love birds Ranveer and Deepika Padukone. But official confirmation of the same is not done yet. 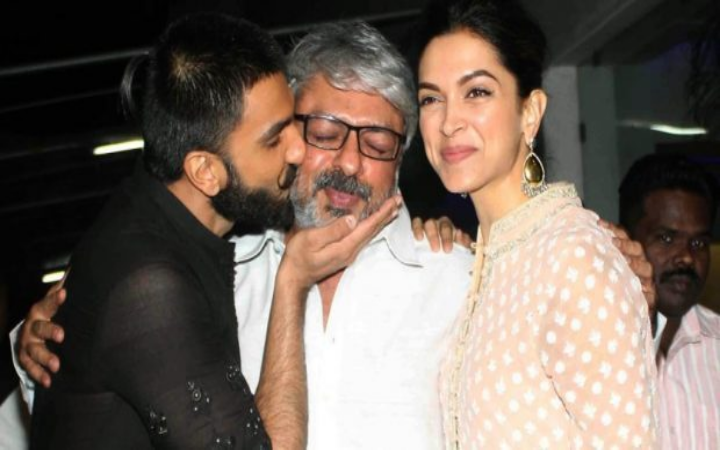 The director was about to start the shoot for Padmavati by this month, but sadly it didn’t happen.

Yesterday, it was announced that Padmavati will be a huge project and two productions house Eros international and Viacom 18 are backing it. But today we got to know that overall the budget of the film will cross 190 crores…

Look What More Facts Revealed By Padmavati By Ranveer Singh

Earlier it was reported that Deepika Padukone is charging Rs 12 crores for the film. Wow! She is really going great. Sources report that Padmavati makes a budget of 180-190 crores. Let’s talk how much amount will Shahid and Ranveer will be paid.

“Sanjay’s Padmavati will have a budget almost unheard of in Bollywood. It’s a terribly risky affair because although ‘Bajirao Mastani’ worked at the box office, ‘Padmavati’s budget is way higher than BM.”

“The sets are huge and the production cost for the film will be in the range of Rs 130-140 crore itself. Add another Rs 20 crore for print and publicity campaigns. Along with this, the leading cast will charge around Rs 30 crore in total. Out of that Rs 30 crore, Deepika will get Rs 12 crore, Ranveer and Shahid are charging around Rs 8 crore each. That makes the budget of Padmavati a staggering Rs 180-190 crore which is mammoth,”

190 crores!! The amount is really very shocking. Hope SLB gets the amount back and Padmavati rock on silver screens.

Dia Mirza’s Formal Outfit is the #OOTD in the List