On 101 day of the show Big Boss, the luxury budget job Freeze-Release continues one more surprise. All the contestants were surprised to see their friends and family members in the house of Big Boss. Contestant Puneet gets emotional to see his wife Deepali in the house.

Bigg Boss 8: Contestants were Surprised to See Their Family Members

Everyone gets shocked by the entry of Diandra Soares evicted participant of this season's. She meets Karishma Tanna and Upen Patel and opinion and point of view to them. At last she meets Gautam Gulati and resolves their all the difference and misunderstanding by spending some together.

Diandra Soares Resolves All the Misunderstandings with Gautam

But the surprise does not end here. After Diandra’s visit the next guest in the Big Boss house was Gautam's brother Mohit Gulati. Mohit meets all the contestants and tries to solve their misunderstandings. 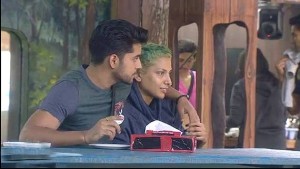 After Gautam Big Boss surprise Karishma Tanna. She was cheerful to see her mother on 101 day of the show Big Boss.  Bigg Boss announced a New Year's party in the house after conducting reunions of the contestant’s family. Big Boss tells Sonali, Karishma and Dimpy to choose their dates for New Year Party and other contestants gets locked in the house. 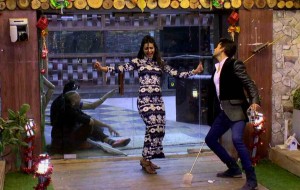 Sana Khan the queen of Controversy has been finalized as the fifth and final challenger to enter Bigg Boss house.

“I am pretty excited about entering the house again. I have been there earlier and I understand the game. I had a positive experience and I am sure this one would be even better. I did not do anything drastic the last time that could have shown me in negative light. So there is nothing specific that I would like to change this time around. I feel I am at a disadvantage because I am entering the show late, but still I am sure I will have a blast inside.”

Guess: Who Made The Stunning Actor ‘Varun Dhawan’ Nervous?

Is Jennifer Winget Has Found Love In Gautam Rode After Karan?