The filmmaker Rohit Shetty is back on Television with the new show Khatron Ke Khiladi 6, on Colors TV. The first episode of Khatron Ke Khiladi season 6 started with introduction section of all the contestants and ended with a shocking elimination. The controversial actress Sana Khan was seen leaving the Fear Factor show post the first elimination process.

As Rohit Shetty claims that, the season 6 will be more enthralling, scary, and exciting as compared to season 5, thus it seems the action thriller show is all set to entertain the audience with lots of suspense and thrill. 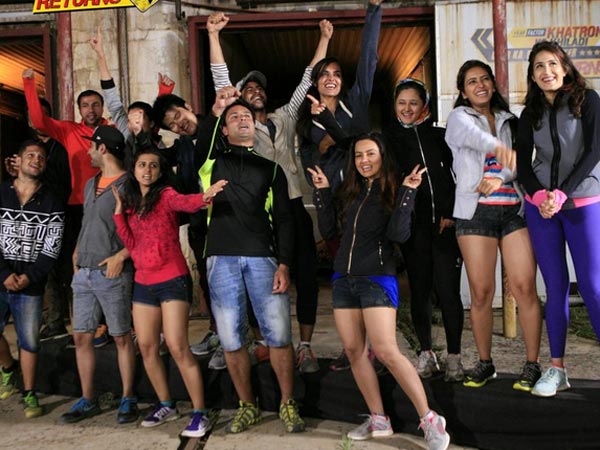 At the start of the show, Rohit asked all the participants to prove themselves by the means of first fear factor stunt. But at the end of the stunt, Sana Khan was seen failing the task from Harshad Arora and Iqbal Khan and getting eliminated, owing to breaking the rules of the task. Well after scaring all the contestants, soon the host Rohit revealed that the first week is a no elimination week and hence all are safe.

Meanwhile, Khatron Ke Khiladi season 6 is completely shot in Cape Town, South Africa and the show is ready to entertain the audience at the weekends.

Tamasha Release Date Postponed to Avoid Clash with SRK’s Next