Bollywood Dabangg Khan is well known in the industry as a godfather to many. He is always there to help people and is a career-starter for many of the actors like Sooraj Pancholi, Zareen Khan, Sonakshi Sinha and others.

Just like Salman Khan’s popularity, headlines has it that his bodyguard Shera’s name often comes in the list for some or the other reason. Very few of fans know that Shera’s real name is ‘Gurmeet Singh Jolly’. From the past 20 years, he is working with Salman Khan. Even Salman Khan learned some skills from Shera for his film Bodyguard.

Funny It is! SRK has a Name Suggestion for Salman Khan’s Baby Girl… 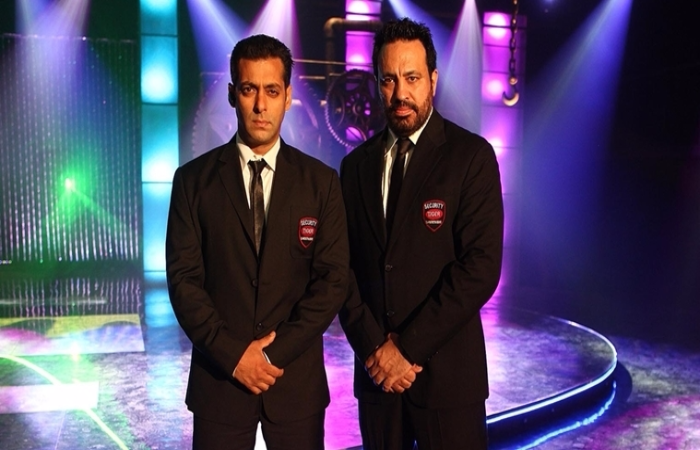 Popular Hollywood singer Justin Bieber just landed in Mumbai for his concert and the security of him is handed to Shera. According to the news, Salman himself has recommended him for Justin’s security.

One of his incidents with Salman Khan described how he takes care of him. Once, the actor car was caught badly in the crowd, it was then his bodyguard who cleared the way upto 8 kms by running in front of car. Really, guarding is really a very tough job.

But you are wondering how much did Shera charge for this strong job? You will be shock after knowing Shera’s monthly income. Shera get paid a whopping amount of 15 lakhs per month for this task.  Yes! You read it right! Salman’s bodyguard earns 15 lakhs per month!! i.e nearly 2 Crores a year!!

Obviously, Shera’s work is so hectic and sometimes annoying but must say Salman Khan makes sure to pay him high.

Rumors is it! Shahid and Mira’s Daughter Misha to Appear on Screen Soon!