In an interview the Dabang actor ‘Salman Khan’ recently revealed that- “I want to have kids without a wife”. For the first time Bollywood superstar speaks about his films and his personal life in an interview.

Dabang actor Salman Khan is the only actor in the Bollywood whose onscreen image is completely different from of his real life personality. 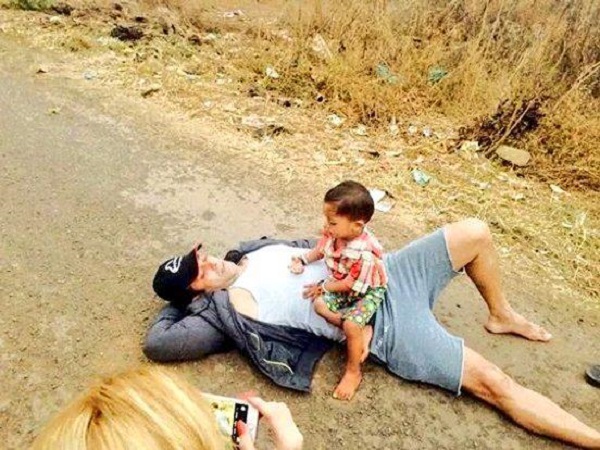 You may also like: Salman Khan with ‘Bajrangi Bhijaan’ Crew Paints a Village

The picture shows the actor lying on the middle of the dusty road playing with a small kid. The picture surprises so many fans of Salman. You can also see that a woman is busy in clicking the image of Salman Khan and that kid.

Get more updates about Salman Khan from Bollywood News.