Bollywood movie Dabangg co-stars Salman Khan and Sonakshi Sinha simply won the dubsmash fever that has been spreading through Bollywood - not with one of their few dubsmash-commendable dialogs as Chulbul Pandey and Rajjo however one made acclaimed by Sonakshi's father Shatrughan Sinha in Mere Apne. 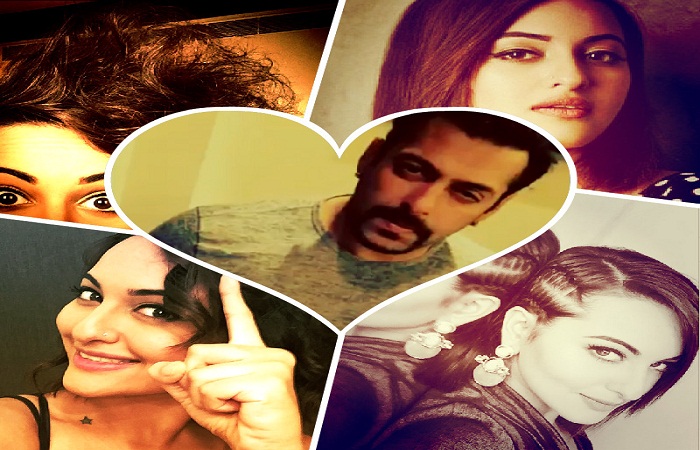 Bollywood movie Mere Apne, made in 1971, featured Mala Sinha as a desolate old lady who winds up tutoring two groups of youthful irritated men, drove by Shatrughan Sinha (Chhenu) and Vinod Khanna. As of late, Sonakshi Sinha additionally dubsmashed her Lingaa co-star Rajinikanth's lines, an undertaking in which she says she was egged on by chief AR Murugadoss on the sets of Akira.