TIMES Celebex powered by Zoom is the most definitive rating index of Bollywood superstars and the power they generate over the masses. The 'T Score' is based on their popularity, performance, visibility and measuring various parameters ranging from Box Office performance to PR buzz to Online following and more.

Being Human Salman kept buzzing thanks to Kick, stories about his upcoming films Prem Ratan Dhan Payo, Bajrangi Bhaijaan and Shuddhi, news about him hosting Bigg Boss 8 as well as his nine brand endorsements. 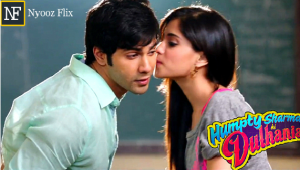 Humpty Sharma Ki Dulhania gets Alia in top 1 and Varun spot in the top 3, Kick gets Jacqueline Fernandez a place in the top 10, in Times Celebex.

New Actors entrants in the top 50

Priyanka Says “Now I Can Beat Anyone”