In the latest 11 February 2015 episode of Zee Tv’s historical drama Jodha Akbar, we saw Jodha caught Salim in the red-light area. Jodha was angry with Salim as, he being the heir of Mughals, how can go to prostitutes. She thought Salim would be going to the prostitutes place in order to escape from his pain that he has gotten in love and due to the fact that he is getting married to a girl whom he does not love.

Jodha Warns Salim, Not To Do Injustice with Mann Bai

Jodha talks to Salim and warns him that he should not do injustice with the girl he is getting married to. She tells if he respects women then he should be present at the wagdan’s ceremony or she would tell his reality to everyone. Here Salim gets into a predicament, whether he wants to marry Mann Bai or not.

You may also like: Jodha Akbar’s Rajat Tokas and Shrishti Nayyar’s Royal Wedding

On the other hand, in Jodha Akbar serial, Jodha talks to Bhagwan about Salim’s relationship and ask him to break it. However, Bhagwan is frightened that his family name would be spoiled and her daughter wouldn’t get married if he breaks the relationship. 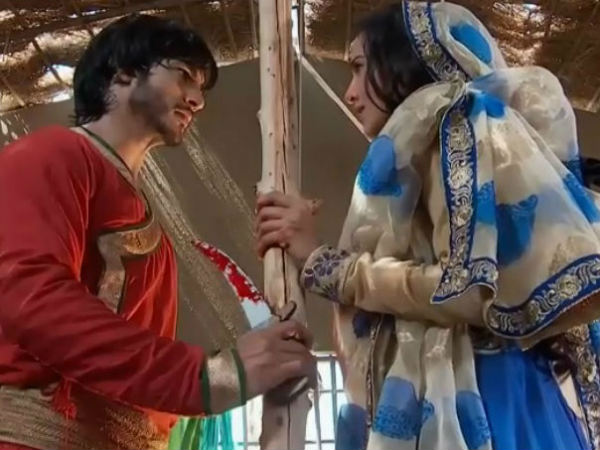 Here, Salim gets stopped by his uncle Qutub and gets informed about enemies who allegedly penetrated the territory. He tells him that though they have killed one however the another had done a girl’s kidnapping. Hearing this, Salim goes to the enemy’s concealed place in order to save the girl. He becomes successful in saving the girl and gets to know that she is none other than Anarkali.

The two starting arguing about the same topic that they don’t love each other. Mann Bai’s good friend Daniyal requests Salim not to be unfair with Mann Bai. Salim accepts Shagun, hearing Jodha and Daniyal words. Jodha becomes happy to see Salim accepting the Shagun however at the same time she is in impasse that would he keep Mann Bai happy?

Noticing Jodha worried, Rukhiya asks Jodha to tell her why she is worried. Jodha talks about Salim meanwhile Rukiya thinks though though she is aware of Salim however she won’t tell her.